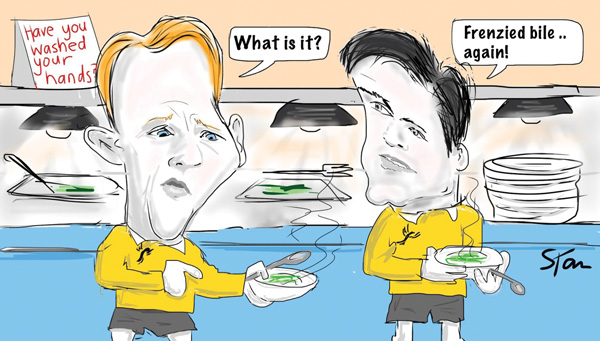 Liberal Democrat leader Nick Clegg says that the Conservatives have been spitting “frenzied bile” throughout their coalition government, while suffocating his party’s education policies.

During his speech at the Lib Dem conference in Glasgow this week, Mr Clegg attacked the “Tory Right” and former education secretary Michael Gove.

“If power is still hoarded at the centre, the ability for people to liberate themselves from the circumstances of their birth is still denied to too many people,” he said.

“I have fought tirelessly to instil opportunity in the earliest years of a child’s life. Did you know Michael Gove raided the budget for much needed school places in order to fund his free school obsession?

“Did you see the frenzied bile from the Tory Right against our plan to give young children at primary school a healthy meal at lunchtime? Have you ever heard the dated snobbery from some Conservatives against the value of vocational qualifications and good quality careers advice?

“Of all the fault lines that have opened up in this coalition government, the one that has been most revealing is the way in which self-proclaimed Conservative educational reformers sought to suffocate almost every single initiative designed to instil opportunity at an early age – for all children, not just some.”

He said: “My mother drummed into us what seems so obvious today. That you don’t write anyone off. You don’t overlook anyone’s talents. Given half a chance, everyone can shine.

“For me, that is what our new commitment to expanding childcare to all 2, 3 and 4-year-olds is about.

“Almost exactly 13 years ago Phil Willis and myself visited a number of schools in Denmark, Holland and Sweden. The idea of the pupil premium was born. Today it funds breakfast clubs; homework clubs; it helps involve parents who are otherwise disengaged.”

A Liberal Democrat official confirmed that the party was drawing up plans to secure a new approach to policymaking that would impact on education. “A coalition always requires compromises and in many departments there were commonalities between Liberal Democrat and Conservative policies. In education the divisions were more stark, leading to more aggressive negotiations.”

In a fringe event before the party leader’s speech, Schools Minister David Laws pre-empted this sentiment.

He said: “Although we were able to identify all the biggest policies and decisions we wanted to make, we didn’t have more time in something like education for going under the top three or four.

“Next time, if there were a coalition, we might take a little more time to do that. Not a lot more time, but even 24 hours or 48 hours would make a difference.”