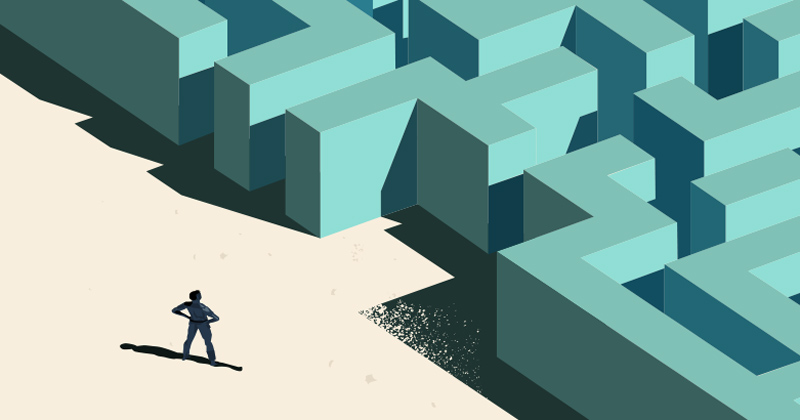 The government plans to overhaul admission rules to crackdown on schools wrongly turning away pupils with special education needs because their behaviour is too “challenging”.

It follows Schools Week investigations revealing how vulnerable children were being shut out by schools outside the normal admission rounds under fair access protocols (FAPs). We also revealed vulnerable pupils waiting up to 10 months to secure a place.

The government is now consulting on changing the admissions code to ensure vulnerable pupils are better served when finding school places during in-year admissions or using FAPs.

All local authorities have to have FAPs in place to make sure school places can be found for vulnerable children, outside of the normal admission rounds, as soon as possible.

Under the protocols, panels are convened of headteachers and council representatives to find places for children.

But the government said they are “aware” schools are misusing rules allowing them to turn such pupils away because the child has “challenging behaviour”. 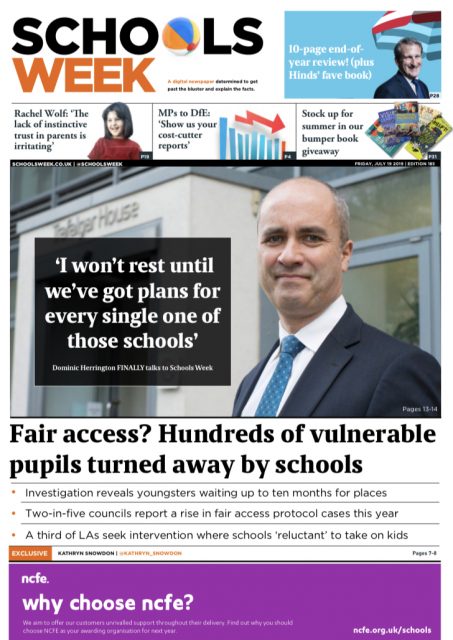 The consultation report states this clause is “sometimes used to refuse admission to children with behaviour that can sometimes be challenging due to underlying circumstances such as SEND”.

“To ensure it is used appropriately, we propose to set out the circumstances this provision should and should not be used to refuse admission.”

It appears such refusals are rising. Schools Week revealed last year that pleas from councils for the education secretary to intervene over admission rows soared by nearly 50 per cent.

The government also wants to introduce a 20 school day limit for a school place to be allocated under the FAP.

Schools Week revealed last year hundreds of pupils were being turned away, with others waiting up to 10 months, amid a stark postcode lottery of provision.

However, should a “majority” of schools in the area no longer support the FAP – they can initiative a review with the council.

The government also wants to extend the categories of pupils who can be admitted via the FAP to include those on a Child in Need or a Child Protection Plan and children living in a refuge or emergency accommodation.

Meanwhile, the government said the processes for managing in-year admissions “vary across the country” and can be “difficult for parents to navigate”. They said it was “particularly challenging” for vulnerable and disadvantaged families, who are more likely to seek a school place outside of normal admission rounds.

The government is proposing to introduce a “dedicated” section in the admissions code for in-year admissions, along with a requirement parents must be notified withing 10 school days of the outcome of their in-year application.

Schools minister Nick Gibb the proposals aim to “speed up the process for vulnerable pupils and make it easier to secure a school place when they need one, as we continue to focus on delivering more good school places for pupils and parents”.

“We remain determined to support the most vulnerable pupils to reach their potential in school and beyond, which is why we are aiming to reduce the time spent outside the classroom when a child needs to move school during term time.”