A national education project aiming to keep the memories of Holocaust survivors alive has been launched at 12 Birmingham schools.

Led by the CORE Education Trust, with the help of Birmingham Repertory Theatre and UK Holocaust Memorial Foundation, the Echo Eternal project will assign the story of one Holocaust survivor to each of the participating schools over the course of a year.

Supported by poets, choreographers, visual artists and theatre companies, students will have a month to produce an artistic response to their assigned survivor testimony, which will be presented at an event to commemorate National Holocaust Day at Birmingham Repertory Theatre in January 2019.

The programme will also include a citizenship aspect, with lessons exploring the history of the Holocaust and ways students can work towards a world without hate and prejudice.

There’s quite an urgency to tell these stories

“There’s quite an urgency to tell these stories, and to make sure that they’re relevant to the lives of children and young people,” explained Steve Ball, associate director at Birmingham Repertory Theatre. “In some cases the project will be explicitly linked to the curriculum – they’ll work with an English teacher or dance teacher. In other cases it will be extracurricular.”

To mark the launch of the project, the journalist Natasha Kaplinsky – who has recorded 112 of the survivor testimonies – and 88-year-old survivor Zigi Shipper (pictured right) met students from Jewellery Quarter Academy, which will be the first of the 12 schools to take part.

After the project has concluded in Birmingham, it will run in 12 Glasgow schools for a year and 12 Cardiff schools, before culminating at 12 London schools.

A filmmaker will work with each of the schools involved to document their experiences, which will be shown at the newly-built Holocaust memorial and education centre in Westminster and made available nationally.

“Our duty is to honour these stories by allowing children to generate an authentic response to what they hear and to keep the memory of the survivors alive eternally,” said Adrian Packer, chief executive of the CORE Education Trust. 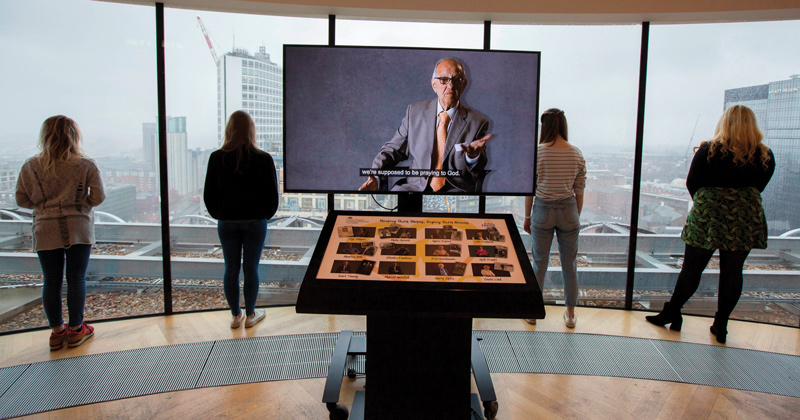