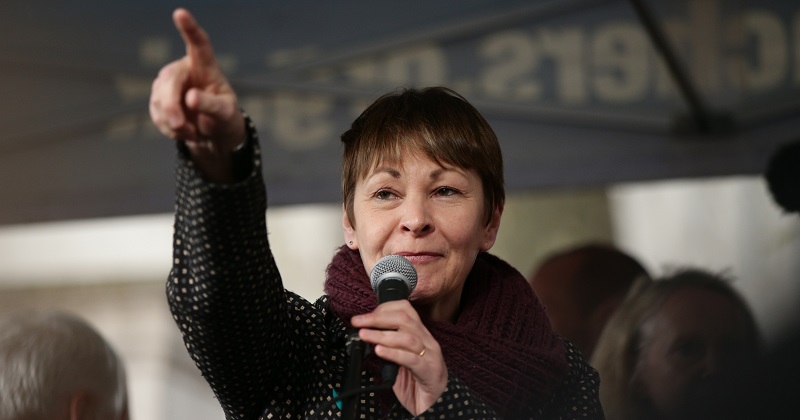 A new bid to force the government to make personal, social and health education (PSHE) compulsory in schools has been launched amid claims by a senior police commissioner that sex education is the only way to tackle child abuse.

Caroline Lucas (pictured), the Green Party MP for Brighton Pavilion, has re-tabled her PSHE bill, which demands formal lessons on PSHE at all state-funded schools – including lessons about ending violence against women and girls, and training and guidance for teachers on PSHE and sex education.

The bill failed to get through the House of Commons in either of the last two parliamentary sessions because of procedural delays, despite cross-party support.

But Lucas is hoping her third bid for a law change will win the backing of new prime minister Theresa May and new education secretary Justine Greening.

Under current rules, sex and relationships education for children aged 11 and above is part of the national curriculum, and as such is a statutory requirement of local authority-maintained schools, but not of academies.

Recent bids to make PSHE compulsory for all schools, backed by several key parliamentary committees, have not won government support, and Nicky Morgan, the former education secretary, told MPs in February that putting the subject on a statutory footing would not address the problems they had described.

In a letter to Greening and May, Lucas said the fact she had re-tabled the bill for a third time demonstrated the “continuing and growing cross party support for this measure”.

“I would be delighted to support you in any way possible in achieving this change that is so urgently needed for all our children,” she added.

“Taught well, PSHE would give children who are victims of abuse the education to judge earlier that it is wrong and develop the confidence to report” – Vera Baird QC

The renewed call comes in the midst of a fresh debate on how schools should teach pupils about issues like consent and also to look out for threats of abuse.

Writing for The Guardian, Vera Baird, a Labour politician who is Northumbria’s police and crime commissioner and chair of the Association of Police and Crime Commissioners, said compulsory PSHE would help tackle growing problems with child sexual exploitation.

“Even if this particularly awful form of criminality is now being met with effective police work and heavy sanctions by the courts, more health and education action is needed,” wrote Baird. “I believe a key step would be to make PSHE – personal, social, health and economic – education a compulsory part of the national curriculum for every school.

“Taught well, PSHE would give children who are victims of abuse the education to judge earlier that it is wrong and develop the confidence to report. Authoritative reports into abuse in Oxford and Rotherham both concluded that good-quality PSHE keeps children safe, and polls suggest overwhelming parental support for it to be taught in schools.”

Further claims by Labour MP Thangam Debbonaire that refugees should be taught about equality and sexism have prompted a backlash, with many campaigners calling for better education across the board and more training for teachers.

In June, the women and equalities committee heard that schools staff often weren’t up to the job of identifying and dealing with sexism, often “victim-blaming” and dismissing it as horseplay. Some witnesses even called for the issue to be addressed during initial teacher training.