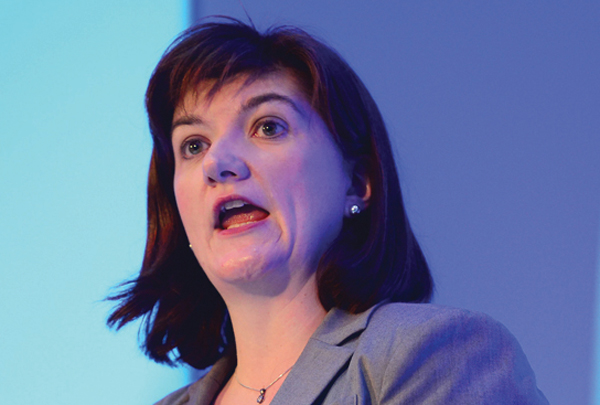 MPs are set to receive a 10 per cent pay rise if plans by the Independent Parliamentary Standards Authority go ahead – but Nicky Morgan says that she will give any increase to charity.

The education secretary has said in several broadcast interviews that she will donate any increase, while her office has confirmed that it will build on her already “significant” charitable donations.

Ms Morgan is currently paid £134,565, which reflects a combination of her parliamentary salary and ministerial pay.

Under parliamentary rules, MPs are not allowed to refuse the rise but can choose what they do with it.

Shadow education secretary Tristram Hunt was approached for comment but did not respond.