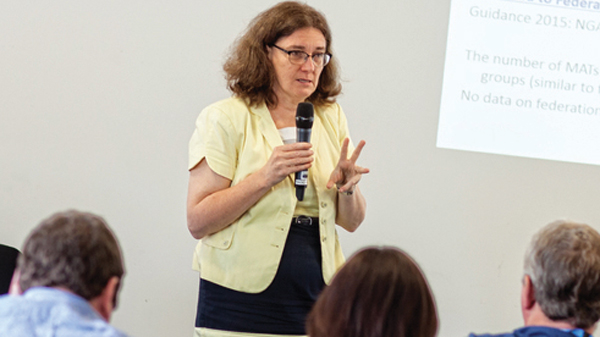 The national body for governors has questioned plans announced this week by the education secretary to look into axing the requirement for a school to have parents, local authority and staff governors.

Nicky Morgan, speaking at the National Governors’ Association (NGA) Manchester conference on Saturday, said she wants to move away from the stakeholder model of governance.

A new model would focus on the skills brought to the table, not on the group represented.

“What makes your contribution so important isn’t the particular group you represent, it’s the skills, expertise and wisdom you bring to the running of a school,” she said.

“It’s that rationale that has underpinned our reforms to governance over the past five years – making it easier for schools to recruit a wide mix of highly skilled governors who can make an even bigger contribution to the running of their school.”

Ms Morgan said that schools were already benefiting from recruiting more governors with backgrounds in business.

“Over the next five years we’ll go further down this path, because we passionately believe that the best-run schools are those with the highly skilled governors who can both hold schools to account and direct their future path.”

The NGA understands ministers will look for advice on whether there is enough flexibility in the current regulations to recruit people with professional skills. If not, the requirement for designated parent, local authority, staff and headteacher governors could be axed.

The association understands foundation school governors would not be affected. The Department for Education refused to comment.

But Emma Knights (pictured), chief executive of the NGA, told Schools Week: “There are more important things for governors to be doing rather than rejigging themselves again. It doesn’t feel urgent enough and we don’t think there is any evidence this is a big problem in the real world. We’re pleased they are taking just informal soundings, rather than launching into a massive consultation.”

She said the association supported reserved places for parents. “The requirement for two parent governors doesn’t overwhelm governing bodies. We think it brings a group on board who have an interest and commitment, plus they ensure there’s diversity. We want to make sure parents aren’t excluded.”

Ms Morgan also told the delegates that financial management was one of the most important areas for governors to hold
schools to account.

“Every governing body and every individual governor should take seriously their role in ensuring that schools remain financially healthy with robust management systems in place,” she said.

“I believe that it is entirely right to trust schools with how best to spend their budgets. All that I expect from governing bodies in return is the reassurance that they have the right systems of oversight in place.”

Ms Morgan said her department was doing all it could to bring in a national fair funding model – but warned that it would not be ready until September 2017 at the earliest.

She also reaffirmed that the government’s crackdown on “coasting schools” did not mean automatic academisation and the instant removal of headteachers or governors.