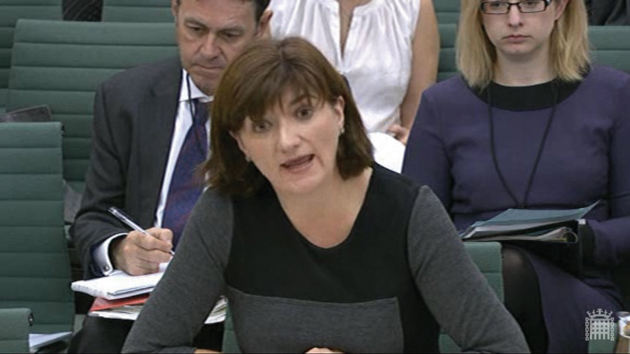 Nicky Morgan, the education secretary, has told Tristram Hunt, to stop “running down” the success of free schools in response to a Labour party dossier criticising the programme.

She said Labour’s shadow education secretary should “come up with his own plans” rather than attacking the policy.

It comes hours before Ms Morgan is due to give evidence to the education select committee in its last hearing of the academies and free schools inquiry.

At the weekend, the Independent newspaper published information from a dossier compiled by the Labour party, which Schools Week has seen, claiming failings in the free school system.

It is expected Morgan will be challenged on some of the information later today. Labour claim £53 million was spent on free schools which have been rated inadequate or requires improvement, while more than £1m was spent on cancelled or withdrawn free schools.

The dossier states that Ofsted inspections of the 79 first and second wave free schools show almost one third were found to be inadequate or require improvement. This is compared, it says, to one fifth of state-funded schools.

Ms Morgan told Schools Week: “The facts are absolutely clear: three-quarters of free schools are judged good or outstanding after just a few years, and the ideas and expertise they offer are helping to drive up standards across the board.

“So rather than continually running down the success that has been achieved in recent years, maybe Tristram Hunt should applaud the fact that we have the best performing school system ever and concentrate on coming up with a credible plan of his own.”

Mr Hunt said: “David Cameron’s Free School programme is damaging school standards and wasting public money. Over one third have employed unqualified teachers, too many are failing their Ofsted inspections and a complete lack of local oversight is allowing underperformance in these schools to go unchecked for far too long.

“Labour would end the failing Free Schools programme and reverse David Cameron’s decision to allow unqualified teachers in our schools.”

It comes as the Department for Education today reveals it has received the highest number of free school applications this year, since the policy was introduced in 2010, with more than 350 submitted.

In the last wave – wave eight – 148 applications were made.

Today will be the tenth hearing on the subject and committee members will, after this morning’s session, compile a report which should be published in the coming weeks.

Schools Week will be live tweeting from inside the education select committee from 9:30 am. You can see updates by following @AWonlocation. For more on this story, see Friday’s paper.