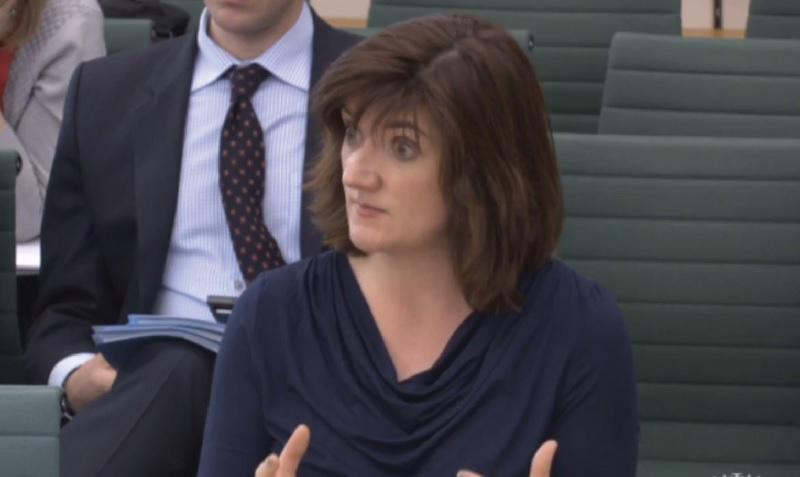 Academy trusts that cannot demonstrate a “strong track record” in improving schools will not be allowed to take on more schools, Nicky Morgan has said in apparent contradiction to current policy.

The education secretary made the commitment in front of the Commons education committee on Wednesday after being asked four times if she would heed advice from a leading charity that chains that could not demonstrate improvement should be blocked from expanding.

Morgan replied: “If an academy trust doesn’t have a strong record of school improvement, then we wouldn’t let it take on any more [academies].”

The announcement could create problems for the government, which is already facing a potential dearth of academy sponsors.

For example, Creative Education Academies has taken on 12 schools, but the 10 that have been inspected since conversion have remained at the same grade – most of which are requires improvement.

Meanwhile, only one of the seven schools in the Bright Tribe chain has been inspected since conversion. It received a requires improvement, yet the trust received £5 million of government cash last year aimed at improving schools  in the north.

Morgan, who has not clarified how trusts’ track records will be judged, said that where “things haven’t worked out with sponsors” schools will be “rebrokered and moved away”.

“It makes sense that trusts should have a good track record before taking on more schools but I fear that, given their mixed performance, this means that many trusts will be capped and we may have some capacity issues,” he said.

Under plans set out in the government’s white paper, schools that have not converted or planned to convert by 2020 will be forced to become academies.

Although speculation of a u-turn on the policy has been rife among the Conservative party, David Cameron has said that legislation outlining “academies for all” would feature in the Queen’s Speech on May 18.

Labour has said that unless specific legislation forcing schools to become academies is announced in the speech, schools should assume the government is “back-peddling” on its plans.

“If this is not explicit, then schools should take the message loud and clear that the government is back-peddling, and they should not be panicked into jumping before they are pushed.”