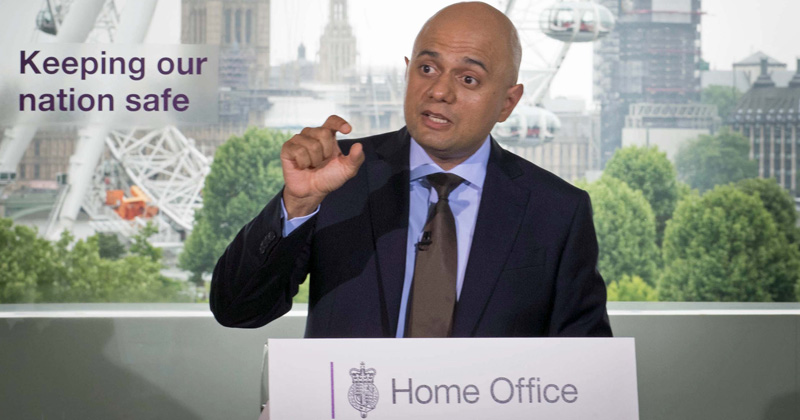 MI5 has no plans to share sensitive intelligence information with teachers in a bid to combat terrorism despite reports to the contrary, the Home Office has confirmed.

Instead, the job of teachers in fighting extremism will for the moment remain “limited to the important role they already play in all forms of safeguarding”.

Sajid Javid, the home secretary, announced the government’s latest counter-terrorism strategy on Monday, which included new multi-agency pilots to allow the security service to share intelligence on persons of interest “with a broader range of partners”.

Several news outlets, including The Telegraph and The Daily Mail, reported that this would include revealing the identities of terror suspects to teachers.

However, the Home Office has clarified that the sensitive information will not be shared with schools but rather with local authorities and government departments.

A spokesperson said the pilots, which will take place in London, the west Midlands and greater Manchester, would be focused on “a small number of specific individuals” who are known to police but not currently under investigation in order to “build a more detailed understanding of an individual’s needs and risks” and improve coordinated interventions.

“The pilots are experimental so will evolve. However, any involvement of teachers is likely to be limited to the important role they already play in all forms of safeguarding,” she added.

The strategy says the education sector plays a “vital role” in “safeguarding vulnerable people against radicalisation”, and that protecting pupils from becoming radicalised is “part of the wider safeguarding duties of teachers, tutors and academics”.

“The Prevent duty requires education providers to have clear policies in place to safeguard students and build their resilience to radicalisation,” it adds.

Javid recognises criticisms of the policy but warned that “misapprehensions around Prevent are often based on distortions” and a “lack of understanding” of the work being carried out to “protect vulnerable people”.

“We have a moral and social obligation to safeguard vulnerable people from the twisted propaganda of those seeking to radicalise them,” he said. “And Prevent is about doing just that.”

In February 2016, David Anderson QC, then the government’s independent adviser on terror legislation, warned that the use of Prevent in schools had become a “significant source of grievance among British Muslims, encouraging mistrust to spread and to fester”.

A month later, the National Union of Teachers passed a controversial motion asking to withdraw Prevent and replace it with new guidance for schools.