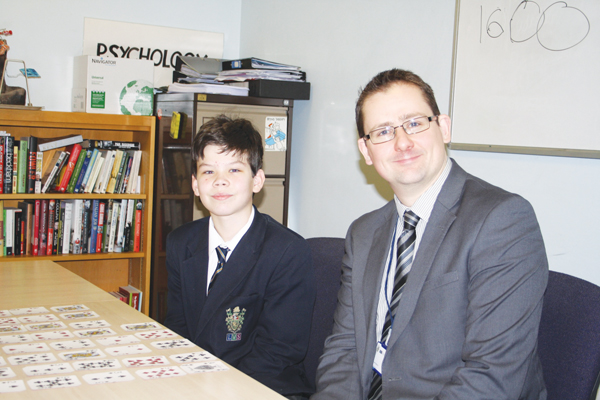 A psychology teacher has narrowly missed out on being crowned the UK Memory Champion.

James Paterson, who teaches at LVS Ascot, an independent school in Berkshire, is now ranked number two in the UK and regains his Welsh Memory Champion title after winning silver at the final held in London.

He set a new UK record in the process by memorising 242 random words in order in 15 minutes.

His will now compete in the world memory championships in China at the end of the year.

“The last leg was memorising a shuffled deck of cards which I managed in 1min 39sec, beating my personal best and pushing my score into the qualification zone for the world championships,” he says.

LVS Ascot principal Christine Cunniffe says: “Aside from being truly inspiring for them [the students] to see one of their teachers achieving great things, James’ skills have been weaved into revision workshop, which have been a real success.”