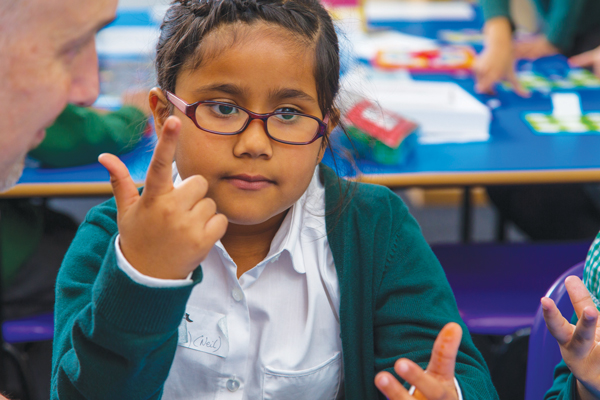 A scheme launched in London to improve pupils’ numeracy skills is to be expanded to other regions.

The Number Partners programme, delivered by independent charity Tower Hamlets Education Business Partnership, has been operating in east London and on a small scale in other regions such as Leicestershire and Bristol since 2004.

The scheme supports seven to 14-year-olds by pairing them with volunteers from the business community for half an hour each week to play number games, with the aim of strengthening mental maths.

It is now available in Kent, Bournemouth, Wolverhampton and North Tyneside, with other London boroughs, including Hammersmith & Fulham, Southwark, and Westminster, expected to follow.

Cristina King, maths coordinator at St Luke’s primary school in Tower Hamlets, which uses the programme, says: “The dedication and enthusiasm of the volunteers has helped to hugely improve the confidence and enjoyment of pupils in maths, as well as having a positive impact on their progress in this subject.”

Visit www.numberpartners.org to get involved in the programme.