Schools should be measured on the “employability and success” of their pupils when they reach the age of 25, according to the Northern Powerhouse Partnership.

The organisation, set up and chaired by the former chancellor George Osborne, has released a report, ‘Educating the North’, in which it calls for schools, colleges and universities to be measured on the “employability and eventual success” of their pupils in their 20s, compared to their previous attainment.

It is claimed the approach would “shift the focus to long-term achievement rather than short-term measures of success”.

The government already collects “destination data” on what happens to pupils after they leave school, but does not continue to track them into their mid-20s. 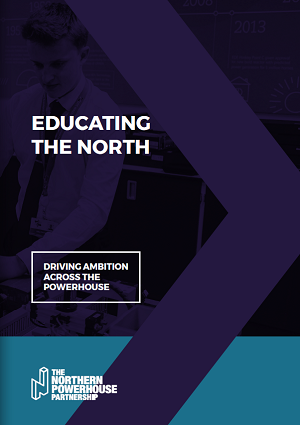 In his introduction to the report, Osborne described education as “perhaps the greatest challenge” faced in the north, and wants the region to emulate the success of the London Challenge in improving educational outcomes in deprived communities.

Alongside its demand for new accountability measures for schools, the report suggests reforms to pupil premium funding so it can “better target funding for disadvantage” by allocating more to pupils eligible for free school meals “throughout their schooling”, and the establishment of a Northern Powerhouse Schools Improvement Board.

This would “draw together existing funding with a dedicated 10-year fund to allow for further “opportunity areas”. There is no opportunity area in the north-east at present, a fact the report says should be “urgently addressed”.

Areas covered by the government’s regional schools commissioners should also be shaken up, the report said, with three new areas created to cover the north-west, Yorkshire, and the north-east and Cumbria.

Currently, the region is split differently between three existing areas: the north of England, Lancashire and west Yorkshire, and the east midlands and the Humber. Under the current system, Yorkshire is split across two regions, and there is confusion around one of the areas being called “the north” when it only covers part of the north of the country.

The commissioners for the new regions would work “within frameworks and plans set by the Northern Powerhouse Schools Improvement Board” and alongside their work to challenge poor performance in multi-academy trusts, would get powers to make decisions on “regional funding streams” for school improvement.

Collette Roche, the chief of staff at Manchester Airports, who leads the Northern Powerhouse Partnership’s education and skills board, said the report “should act as a wake-up call to everyone involved in education and skills in realising how far the north is behind the rest of the UK and where we need to get to”.

The full recommendations for schools