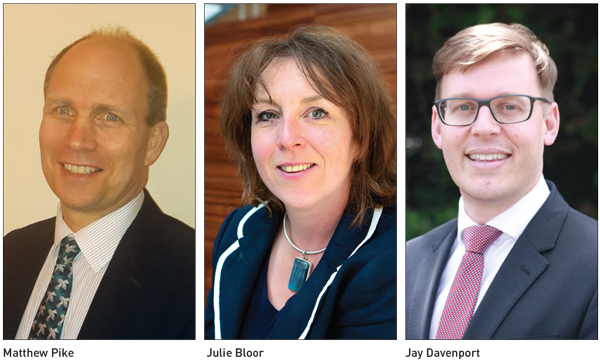 Matthew Pike will lead MacIntyre Academy in Nuneaton when it opens in September.

The new school, part of the MacIntyre Academies Trust, will take in students aged 9 to 19 with autism, and emotional, social and mental health needs.

“I have always wanted to make a difference to children who suffer with autism,” Mr Pike says. “My approach to teaching has always been one of children first and data second, which flies against some of the current policies in education.”

The school curriculum will target literacy, numeracy, skills and wellbeing.

“For me it is about the whole child. You cannot expect a child to engage with Pythagoras’ theorem if they are worried about what has happened at home, for example,” he says.

“That emotional wellbeing needs to be put right first before you can get the best academically out of children. We will have the time and the resources to do that at the new school and that is the attraction.”

Mr Pike studied maths at Manchester University, before completing a PGCE and a masters in educational management at Nottingham University.

Mrs Bloor will join the school, part of the Ormiston Academies Trust, from Shirebrook Academy in Mansfield.

She was selected as an exceptional school leader by the government last year when she was made a national leader of education for her work at Shirebrook and at Wisewood School and Community College in Sheffield.

“School improvement is a marathon, not a sprint — this ensures that success is sustained and not shortlived,” Mrs Bloor says.

“During my time at Wisewood and Shirebrook, we took each school on a journey of improvement, and that’s how we got to outstanding.”

She said her biggest goal in her new role, which she takes up in September, is to get used Essex accents as she has always worked in the north east.

She completed a history and politics degree and then a PGCE at Keele University.

Jay Davenport has been appointed principal at Rushden Academy, part of the Education Fellowship trust.

Mr Davenport, who was deputy head at Ousedale School in Milton Keynes, plans to “set the bar high and demand excellence without compromise” at the Northamptonshire school, which is currently graded as requires improvement.

“I want to raise the importance and profile of continuing professional development (CPD) for staff so that there is a real focus on teaching and learning. I hope this will create a sense of ownership for the teachers to make them want to be better, rather than having CPD as a bolt-on, having it as an integral part of what we do.”

Mr Davenport, who taught physical education after studying at the University of Exeter, plans to use the subject to “hook” some students in other core areas of the curriculum.