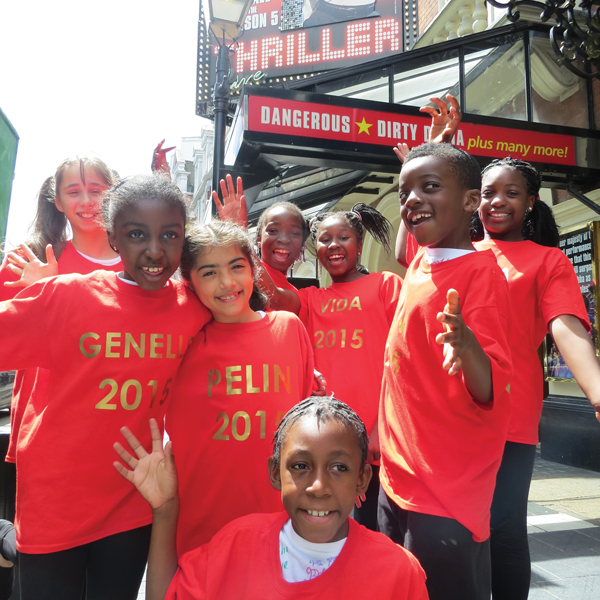 Pupils at the Cuckoo Hall academy in north London struck the right chord at the finals of the recent Edmonton Glee Club competition.

The 18-strong crew from years 3 to 6 at the London-based academy headed to the Lyric Theatre in the capital’s West End where they received the West End Vocal Excellence award.

But it came after a lot of hard work: the Cuckoo Hall Glee Club spent 12 weeks working with a tutor from London’s Pineapple Arts Studio.

Battling against more than 100 other primary schools, the children donned their dancing shoes and performed the chart-topping Wiz Khalifa’s See You Again, a performance that moved many of the audience to tears.

Year 3 pupil Melina Ozay said: “I was amazed by how massive the theatre was, we sat in the upper circle next to the judges, it made us feel special. All the other performances were so cool.”