As I mount the steps to the National Education Union’s London headquarters, I can’t help feeling disappointment that the joint general secretaries turned down the idea of a photoshoot on a bright blue tandem.

Nothing that would highlight their stark height difference, the press officer insists. Union business is a serious game, it appears.

Almost a year since the National Union of Teachers (NUT) and the Association of Teachers and Lecturers (ATL) announced their merger to form the largest education union in Europe, I’m here to discuss the challenges of uniting two large organisations, each with loyal memberships.

“We think there’s been a pent-up demand for a better voice for teachers, and for some sense of unity,” says former NUT boss Kevin Courtney.

That voice has been amplified, adds ATL’s ex-leader Mary Bousted, now that it speaks on behalf of almost half a million teachers and school support staff.

“Doors that we’ve knocked on for ages to get through have opened now,” she says. “You get more access to politicians, to MPs, but also to a range of other stakeholders as well. I’m not saying that the politicians do what we want, but at least you’ve got a foot in the door and you’ve been heard, which hasn’t always been the case.”

Bousted and Courtney make a polite tag-team – frequently exchanging glances to decide who will speak first – and it’s evident there is respect between the pair, who will lead the amalgamated NEU jointly until 2023 when elections will be held for a single new general secretary.

They worried initially about how well the two organisations would gel, but Courtney’s face lights up as he reveals that “every interaction Mary has had with NUT activists, they’ve come away impressed by her”.

“And the same with Kevin,” she responds.

One of the common pitfalls in union mergers is to get so caught up in the internal politics that you forget to be outward facing.

The mechanics of amalgamation does take up a lot of time, admits Bousted, who thought all those extra meetings would be “terrible”. Nevertheless, she’s seen their importance in making sure everyone’s views are heard. If this absorbs much of their time, they have gained “double the power” for the external part of their job, by splitting the meetings with politicians and other education stakeholders. 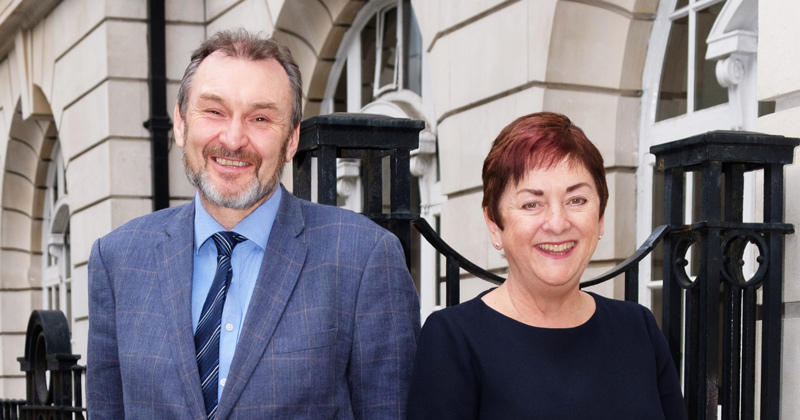 One example of this increased clout is the recent “huge win on funding”.

“The £1.3 billion that Justine Greening put into school budgets in the summer was as a result of our campaign,” Courtney says. “That’s teachers’ jobs not being lost. That’s support staff jobs not being lost. It’s class sizes being slightly smaller than they would have been otherwise. And that is a victory of this new union.”

Another big win is on workload, he says: “We have, by our combined efforts, won that position that every politician now thinks teacher workload is a significant issue.”

Even Ofsted is on-board, he says, although it’s not pushing hard enough. In fact, “in terms of Ofsted’s contribution to the effectiveness of our education system, they have burnt out teacher after teacher”.

Despite Ofsted’s attempts to bust myths about practices that contribute to workload, such as the notorious triple marking, it’s still an agency that “can’t manage quality control of its own inspectorate”, Bousted insists, which means that schools never know which kind of inspection team will turn up.

If I were a parent, I would want a teacher that felt that they had some agency

Another issue is the inspectorate’s apparent commitment to stop telling schools how to do things, a drive recently undermined, says Courtney, by its controversial Bold Beginnings report. The report, based on “far too small a sample” of 41 schools, was precisely the kind of prescriptive intervention it claims to be moving away from, he laments.

“If I were a parent, I would want a teacher that felt that they had some agency – and Ofsted is eating away at that,” he says. “So we’ve got government changing curriculum too fast, we’ve got Ofsted driving practice, and then there’s just general lack of trust that is so baked into the system.”

Bousted is similarly unimpressed with the inspectorate’s seemingly contradictory approach to the school curriculum.

“If Ofsted is simply going to use its report to say ‘schools are falling down because they’re not giving children a broad and balanced curriculum’ without actually speaking truth to power, and saying to government ‘you have created an accountability framework which is driving poor behaviour, but understandable behaviour’, then that is of no use at all.”

One of Courtney’s solutions is to take an alternative approach to standardised testing, wherein tests are taken as and when children are ready – in the style of music or judo exams, or even the driving test.

“We don’t test every 17-year-old in one random week of the year they turn 17 and say ‘can you drive? No, you can’t drive; you’re not allowed to drive’. That would be absolutely mad,” he argues.

Bousted suggests national low-stakes cohort sampling to replace year 6 SATs as a measure of how different groups are performing year to year.

“We are not saying that teachers and school leaders should not be accountable. We are saying that the current systems do not do what it says on the tin. And they drive behaviours which are perverse.”

We are against academisation

Bousted and Courtney have a privileged position in the education landscape – shared by academics and researchers – of being able to criticise policy without having to worry too much about implementation. Whether this has resulted in clarity of vision or hopeless idealism is a matter of opinion.

Take academisation. It’s surely one of the less easily reversible education policies, yet the NEU remains squarely opposed. “That is our policy; we are against academisation,” Bousted insists.

“We’re evidence-driven,” adds Courtney. “And the government has no evidence that academisation is improving results. Nobody has found any.”

As recently as February, under his new role as head of the amalgamated union, Courtney called for schools to be “returned to the accountability and democratic oversight of local authorities” and education funding to be restored to schools and local councils. 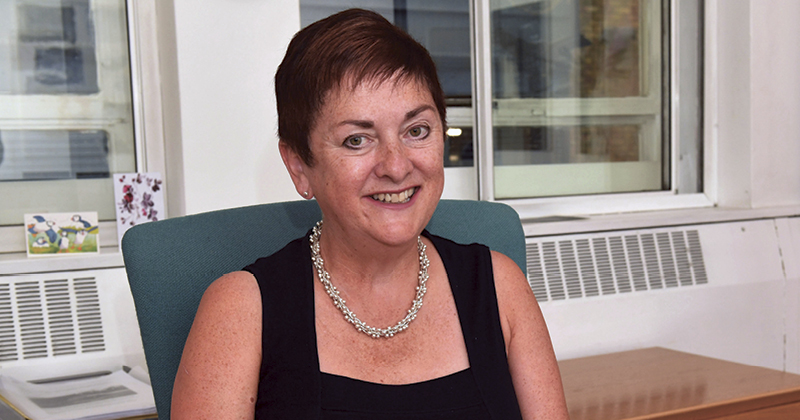 When I express incredulity at the feasibility of rolling back the entire system and placing schools under local authority control, Courtney admits that a “phased approach” would be necessary. For starters, restoring a national pay system would be a no-brainer: “They say that autonomy helps, and we think there is evidence that autonomy for teachers in the classroom, or on curriculum and assessment, helps – but there’s absolutely no evidence at all that giving heads autonomy over teacher pay helps.”

On whether the national pay scale would include the chief executives of multi-academy trusts, Bousted doesn’t skip a beat: “Of course. They’re not having to increase shareholder value. They’re not likely to lose it all themselves. They’re not running a business. This is public money.”

Might there not be a perverse logic in their own approach of proposing radical change as a solution to the problem of, erm, constant change?

They would manage the change by consulting the profession and giving lead-in times: “I think changes in the accountability systems might not need to be radical for teachers. What it might do, the radical effect for teachers, would be to give them back their professionalism.”

With the national conference coming up over Easter weekend, it will be up to their membership to decide on that.

What is certain is that, with the NEU now speaking for the majority of teachers, policymakers will ignore their voice at their peril.

KC: The Black Jacobins by CLR James, which is a history book, not a novel. When I read it I had no idea of the history of slavery revolts on Haiti. It tells the story of the fight against slavery from the perspective of black people involved in their own liberation (rather than Wilberforce or the Chartists). It’s something I’ve gone back to lots of times.

How do you prepare for a speech?

KC: I get research papers to look at and I jot down notes. I then speak fairly free-form from notes, but still, like Mary, I get nervous.

MB: I’m terrible. I don’t like gifts because I don’t like the thought of people spending time and money getting me something. And I don’t like the surprise, so I always negotiate them in advance. The nicest gift? Three days in Florence. It’s my spring allowable treat.

KC: For me, it’s the same thing – we’ve got so much stuff these days. Time with somebody is a lovely gift.

Who did you most relate to when you were younger?

MB: Oh, Bryan Ferry from Roxy Music. I remember him on Top of the Pops singing Virginia Plain and sitting there thinking “how could anybody be that beautiful and so stylish?” So when everybody else at school said David Cassidy or Donny Osmond, I wasn’t into them.

KC: Joe Strummer from The Clash and Debbie Harry from Blondie. With Strummer, I think it was the passion in the songs for social justice, as well as the anger of youth.

Which teacher that most influenced you?

MB: For me, it was Val O’Brien. She was my English teacher at A-level, and she introduced me to TS Eliot and Robert Browning. She was a brilliant teacher, and it’s because of her I studied English and became an English teacher.

KC: I had a physics teacher, Mr Callaway, who inspired my love of that subject. I got from him the understanding that the subject was something that you could engage with and get into the world from.