Nine out of 10 pupils are taking part in on-site Covid testing at the majority of schools and colleges on the first day of the full return, a union survey has found.

A poll of 729 secondary schools and colleges from the Association of School and College Leaders (ASCL) found 54 per cent of leaders reported a take-up of on-site Covid tests between 90 and 100 per cent.

Take-up was between 80 and 89 per cent at around a quarter of the sites – 24 per cent. While take up was below 60 per cent in just six per cent of the schools and colleges which responded to the survey, around 44 sites.

Secondary school pupils are expected to be tested three times on site in the first fortnight back before switching to twice-weekly home testing. Primary aged pupils do not have to undergo asymptomatic testing.

School leaders previously told Schools Week they were exploring a number of logistical approaches, such as extended days and staggered returns, in order to complete the “mammoth” testing challenge.

Geoff Barton, ASCL’s general secretary said: “These early indications are very encouraging and the feedback we are receiving also suggests that attendance is good in the majority of schools.

“Schools and colleges have worked incredibly hard to plan and prepare for the return of pupils and we would like to put on record our thanks and admiration for everything they have done.”

Prior to the full return of schools, the government also extended the recommended use of face coverings to the classroom in secondary schools and colleges.

Robert Halfon, the chair of the education select committee, warned in the Commons last week that the government was in danger of creating “mask anarchy” and was placing enormous pressure on headteachers by not providing clear directions. 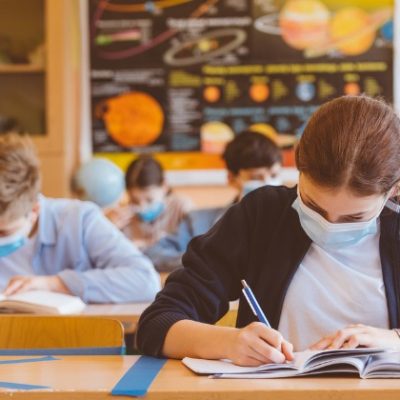 He said: “Is it not better to come down firmly on one side or another and provide clearly definitive regulations to help teaching staff?”

Barton added the change “has opened up a minefield that they[schools and colleges] have had to navigate.”

A further ASCL survey of 706 secondary schools and colleges found nearly three quarters reported more than 90 per cent of pupils were complying with the policy on face coverings in classrooms.  Around 162 of these said compliance was 100 percent.

Just two per cent said compliance was below 70 per cent.

Of the schools responding, 20 per cent were not able to give an indication as students had not yet returned to lessons.

Barton added: “We would encourage all parents and pupils to follow their school’s rules on face coverings which are in line with public health guidance and are there for the good of everybody.”