One figure has been bandied about more than most in the school funding debate of the past couple of years and that’s the 8 per cent drop in real-terms per-pupil funding since 2010. I’ve come to meet the man who calculated it.

Luke Sibieta’s 2017 education funding report for the Institute for Fiscal Studies (IFS) quickly became the go-to reference during the snap general election for anyone wanting to challenge the government mantra that “there’s more money in schools than ever before”.

Using charts and narrative analysis, Sibieta calmly pointed out the (rather important) caveat that there were also more pupils, higher operating costs, pension increases and more things that schools were required to do. He showed they were actually 8 per cent out of pocket compared with the end of the last Labour government.

I was nerdy and spent too much time on coursework

Justine Greening promptly announced a windfall of £1.3 billion, which reduced the level of real-terms cuts to 4 per cent. But by the time the IFS put out its funding report the next year, its refined methodology revealed that once cuts to local authority education support services were factored in, the figure was back at 8 per cent.

That figure is now considered truth with a capital “t” and is one quoted by unions, journalists and headteachers. After 12 years staring at a computer screen (this is how he describes his job), Sibieta was not expecting this kind of media attention. “It took me a bit by surprise,” he says, with characteristic understatement.

So is he still confident that he got it right?

“Yes. I’m always quite worried about the assumptions I’ve made and the effect that these have.” We’re sitting in the gardens behind the Education Policy Institute, for whom he works one day a week, pretending that a blue sky in April means spring is here.

“Seeing how the figures have been used does put pressure on you and there’s an extra level of responsibility to make sure it’s right. So it’s been gratifying. I’ve been very proud that the figures I’ve put out have been used so much in the public debate. And I do feel confident in them because I go back to them quite regularly and make sure that they’re right.”

Getting the numbers right is something Sibieta, who studied economics at the London School of Economics and has worked for the IFS since he graduated, takes very seriously. In fact, “quality and rigour” are the things he mentions most when he talks about his employer of almost
14 years.

He had wanted to work as an economist in government, but on graduating saw a job advertised at the IFS and thought he’d give it a go. “The interview was really, really hard,” he says, in a way that suggests that was the best thing about it, “and I really enjoyed it. They offered me the job.”

Over the next seven years he worked his way up to programme director for education and skills, managing a team of eight or nine.

In 2017, after 12 years working in London, he and his wife were expecting a second child and decided to move to south Wales to be closer to her parents. “It was a personal choice, and I’ve tried to fit work around that,” he says, which he seems to have managed extraordinarily well – given that his personal consultancy, Sibieta Economics of Education, released its first report in April and he’s still on the payroll of two big hitters in the world of education research. 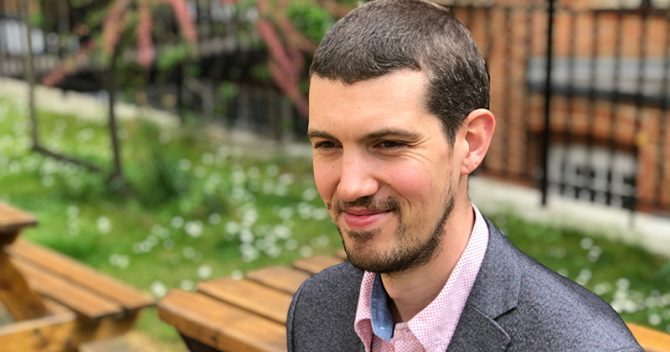 He didn’t want to leave the IFS so negotiated a deal to work one day a week as a research fellow. “It doesn’t come across like this, but it’s a very caring atmosphere,” he says. “It’s much more like a family, with everyone working there together. And if something goes wrong everyone looks after one other.”

When David Laws, chair of the Education Policy Institute (EPI), heard Sibieta was leaving his full-time post at IFS, he approached him about a research fellowship at his education think tank. The offer – with the opportunity to work with “new, smart people, with a similar ethos” on more schools-related projects than he’d done at IFS – was attractive.

To avoid muddying the waters over what work he is doing for whom – and, in his words, “ensure the reputational capital stays with the organisation” – at IFS he (crudely speaking) works on how money flows from government to education institutions; at the EPI he works on how schools spend that money.

He now commutes from Bridge End, half way between Swansea and Cardiff, to London for two days once a fortnight. “It works very well for me because I get to see my friends – and I have one night a fortnight where I don’t have to look after children,” he says with a smile.

Sibieta grew up in Gloucestershire, where he went to the local primary then a grammar school. His mum worked in the health service, managing community equipment – or finding products at the best price for the NHS. “She was obsessed with commodes for a while.”

His dad worked for a company that distributed foreign language textbooks, which suited him as a native French speaker, although Sibieta says he spent most of his time “heaving boxes of books around the place”.

His older half-brother, Steve Goldup, is now a professor of chemistry at the University of Southampton working on molecular machines. Three professors working in the same field won the Nobel prize in 2016, so Goldup was often called on to explain to journalists. But Sibieta is unable to provide any kind of coherent description: “I still have no idea what he does.”

He originally wanted to do PPE at Oxford, but was accepted to LSE and loved it. “I was quite nerdy,” he says when I ask about his student days. “I spent probably too much time doing coursework. Although I made some good friends.”

Sibieta has just arrived on the train from Wales. His wife and two children, aged one and four, are making their way down the M4 to join him for Easter with some of his old university friends.

He says he took the job in the education team at IFS because it sounded more interesting than the other job on offer in the welfare and tax team. Since having children of his own, it’s become more personal. And similarly, since moving to Wales he’s become more interested in a comparative study of education policy and spent much of the first year getting to know researchers and civil servants locally and “work out what I was going to do”.

“All the devolved administrations are doing a bit more policy experimentation that we haven’t learned much from,” he says. “I’d like to do more research into them, because they get left behind in the public debate.”

The planned new curriculum for Wales, for example, isn’t receiving as much public attention as the most recent curriculum changes in England, he says.

I’m always quite worried about the assumptions I’ve made

His first independent report, on school spending in Wales, showed real-terms cuts to school funding, to which the Labour first minister of Wales responded by pronouncing publicly that school spending was at record levels. (Sound familiar?) Sibieta seems more amused than frustrated, however, that the issue of school funding is “almost identical in Wales as it is in England, except with different parties saying different things!”

With his London-Wales split, he seems to have his work-life balance pretty sorted. So how does he see the future unfolding?

Work-wise, pretty much continuing on the path he’s started. But more immediately – and perhaps more importantly – he’s looking forward to a weekend catching up with old friends, organising an Easter egg hunt, attempting to get the kids in bed by 7, then cracking open a bottle of wine.

La peste by Albert Camus because it’s an allegory for so many things – you can read it simply as a book about what it’s like being in a city infested with plague, but it’s more about the Second World War and how evil takes over a place.

If you could escape anywhere for a month, where would you go?

Indonesia. You could spend three years there and not see the whole of the country.

Going to France on holiday and just generally exploring and having lovely food. We usually went to the southwest, near Aquitaine. Although it also means I have memories of very long car trips.

Who was your favourite teacher?

My economics teacher at A-level. I got my passion for economics because of him.

What life advice would you give to your children?

Just get on with it. One of our motivations for moving house was we were thinking about having another child – and at some point moving to Wales. We just got on with it and haven’t looked back.