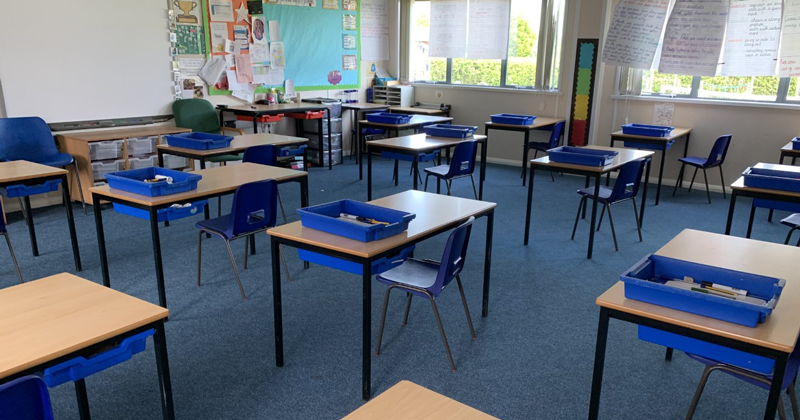 Many school leaders regard the government’s guidance on reopening schools as vague at best. So what are their plans as the June 1 deadline looms . . .

Schools are planning to make pupils walk through trays filled with disinfectant and check their temperatures with infra-red thermometers to ensure they can safely reopen from June 1.

Leaders tell of their preparations as the government’s plans come under more pressure with councils rebelling, unions issuing legal warnings and doubts over whether a national track and trace system will be up and running in time.

Pupils could be washing their hands eight times a day

The government admits it’s not possible for younger children to socially distance in the classroom, so schools are instead focusing on strict hygiene measures.

Huntington School, in York, has converted its sports hall into a hand-washing zone, while Steve Kenning, the chief executive of the Aspirations Academies Trust in the south of England, believes pupils could be washing their hands up to eight times a day at school.

At Park Schools Federation, in Nottinghamshire, children will have to walk through “shallow trays” filled with disinfectant.

Steve Hewitt-Richards, the federation’s executive principal, said it was a “simple way” to ensure the virus was not transferred into school property.

Pupils should also come in clean clothes every day, with uniform requirements relaxed. The school is running a four-day week, allowing it to close every Wednesday for a deep clean.

Government guidance says schools should “frequently clean and disinfect objects and surfaces that are touched regularly”, with soft furnishings and toys removed from classrooms.

A checklist issued by the National Education Union (NEU) even suggests library books be “regularly sanitised”.

Meanwhile, the Harris Federation has bought 20 infra-red thermometers for each of its secondary schools and ten for each primary. The thermometers, which cost about £65 each, allow “quick and accurate” checks on pupils’ temperatures.

Sir Dan Moynihan, the federation’s chief executive, said they would “ensure no one is in school if they pose any avoidable risk to others”.

However, government guidance says schools do not have to take children’s temperatures as routine testing is not a “reliable method” for identifying coronavirus.

The NEU has also advised members to ask how social distancing will be managed if they are expected to take temperatures, for instance if “queues build up”. But Kevin Courtney, the union’s joint general secretary, said contactless thermometers “will assist” keeping people safe.

Geoff Barton, the general secretary of the Association of School and College Leaders, praised schools for doing an “enormous” amount of preparation for wider opening. 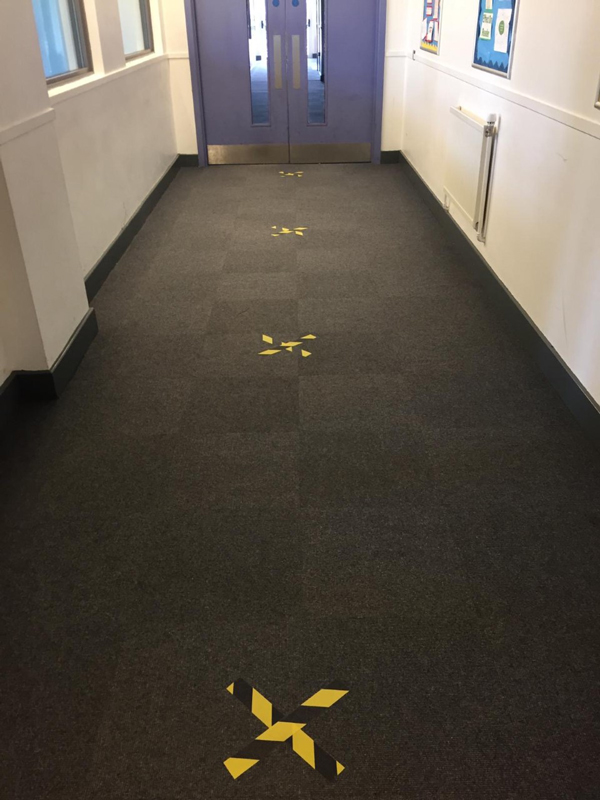 How do you manage the logistics?

Guidance suggests primary classes be cut in half and capped at 15 pupils. However, schools say this figure is unworkable.

Greenwood Academies Trust, which undertook risk assessments at its 35 schools, many in central England, found it “highly unlikely” 15 pupils could be “safely accommodated”.

Instead, it said that a maximum of eight pupils was more likely, but could be less in some academies. Each academy would decide whether it would reopen.

Statistics show the average size for one-teacher primary classes is 27.1, leaving some schools unable to cope should all pupils in reception, year 1 and 6 return.

The number of pupils has also been rising. An average state-funded primary school has 282 pupils, an increase of 43 pupils – or more than 1.5 extra classes per school – since 2009.

Park Schools told parents they might have to reduce the number of days each child came into school to ensure social distancing plans were not breached. Children should also be dressed for outside learning, highlighting that the virus was less likely to spread outdoors.

Problems over space will be felt most in some of the newer free schools. Schools Week reported last year that almost half of those opened in the past three years were in temporary accommodation, with most still not in a permanent home.

Wootton Park School, a free school still based in modular buildings in Northampton, is considering pupils eat lunch outside. But Dan Rosser, its principal, said: “We are very fortunate [compared to other schools] to have an all-through school, so we get that additional space. For a temporary space, we’ve got a very good footprint.”

The school is expecting 80 pupils to return. The field will be sectioned off to ensure pupils remain in their “bubbles” of small groups.

Schools are also coming up with plans for toilet breaks. At Fleetwood High School, in Lancashire, only two sets of toilets will be used when it reopens to year 10s on June 4. Teachers will use radios to let the duty senior leader know that a child is going to use a toilet, which will be cleaned hourly.

But what will schools be teaching?

Guidance is vague on what primary schools should be teaching, although it’s clear that it won’t be a full curriculum. Instead it suggests reteaching material if children have fallen behind.

Harris has drawn up a “recovery curriculum” to map and address any lost skills and knowledge.

However, a spokesperson said its approach focused on mental wellbeing. “Everything we have seen in the past few months has shown us that too many pupils have had an awful experience of lockdown.

“We have fielded daily cries for help from families unable to cope financially or mentally, with the resilience of children sorely tested by a sea of adult anxiety.”

At Cliftonville Primary School, in Margate, year 6 pupils will start their day with a wellbeing activity before focusing on a project to build on skills in preparation for secondary school. The afternoon will be more creative, such as art, drama or PE.

Meanwhile, the Department for Education has yet to publish any detailed guidance for secondary schools, which are expected to give year 10 and 12 pupils some “face-to-face learning” from June 1. 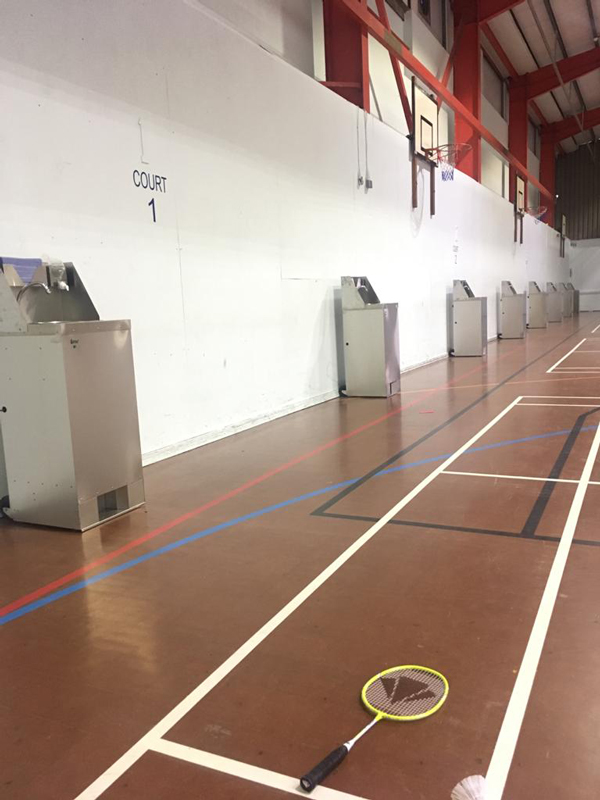 The handwashing zone at Huntington School in York

At Coastal Academies Trust in Kent, Kate Greig, its executive headteacher, said it was planning a rota with each year 10 set attending for one morning a week. Each set would be split  into two groups and initial lessons would concentrate on English, maths and science.

Consilium Academies, which has eight schools in the north of England, will run one-to-one appointments for each pupil with up to three teachers. The weekly, one-hour appointments will start from June 8.

But David Clayton, the trust’s chief executive, said plans were “fluid” as “what we are asked to do could change”.

Meanwhile, in guidance to its schools this week, Liverpool council said a “quick return” to the full curriculum was unlikely. Instead, schools should prioritise subjects for a “slimmed-down” curriculum across in-school and distance-learning.

Behaviour policies are also being amended. In a letter to parents Park Schools said “failure to comply” with safety measures would lead to the “temporary” withdrawal of a child’s place.

Hewitt-Richards said: “The likelihood of this is very small, but we wanted to make sure our position was clear. This would not be a period of exclusion.”

At Fleetwood, any pupil that persistently and consistently “flouted the rules” would be excluded after all other steps were taken.

Tom Bennett, the government’s behaviour tsar, wrote in a blog that during “times of heightened risk to our health, it is important that students (and staff) are made aware that unhygienic behaviour has to be reclassified from a misdemeanour to something much more serious”. 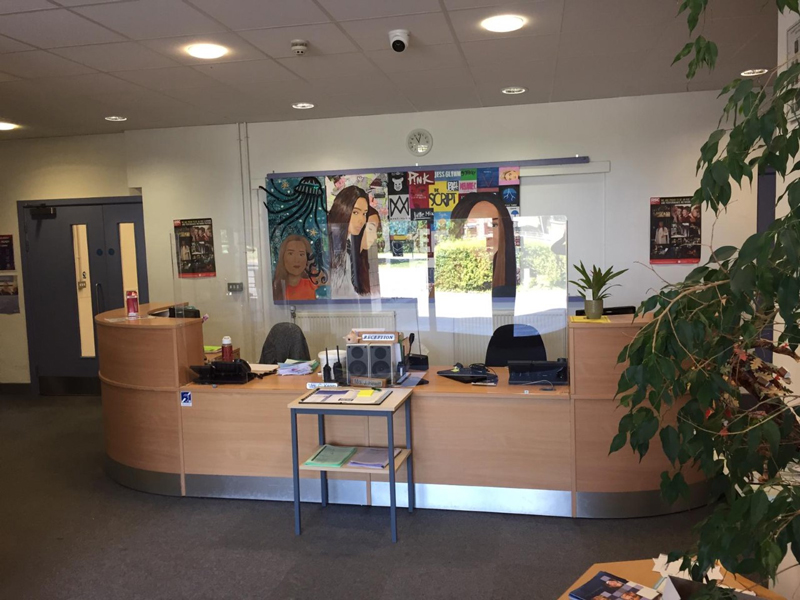 Perspex glass to protect the receptionist at King Ethelbert School

Legally, where do schools stand?

Unions have fired a Covid-19 “liability” warning shot to school leaders, quoting health and safety laws that “you are exposing yourself by following the current deeply flawed guidance”.

The letter, signed by the NEU, Unite, Unison and GMB, said their members would be advised of their “legal rights should any member contract Covid-19 upon returning to school”.

But leaders have shown little confidence in the government’s guidance.

A caveat added last week to the DfE’s “Guidance for educational settings”said it should only be treated “as a guide”.

The DfE said it was not “overriding any existing legal obligations with our guidance, health and safety legislation still applies within work settings, and employers are responsible for consulting their employees on this”.

Andrew Banks, a partner at the law firm Stone King, told Schools Week that it was “difficult to see” how prosecution would follow if someone associated with a school contracted coronavirus if it “ensures that its [health and safety] guidance is followed and its risk assessments are suitable and sufficient”.

This remained the case, despite the new caveat.

But if a school did not follow the guidance or there were “other shortcomings”, it was more likely the Health and Safety Executive would “engage to ensure they tighten their processes rather than move straight towards an investigation with a view to prosecution”.

“It is important to emphasise that the priority and primary purpose in all of this is the safety of all children and staff.”