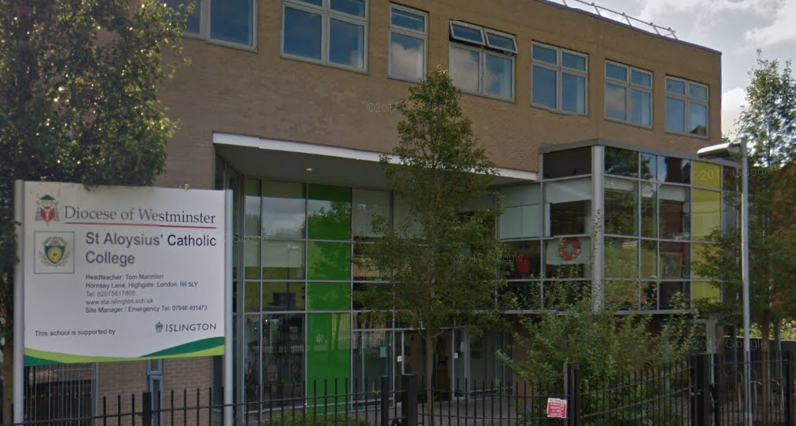 The headteacher of a Catholic boys’ school in London has been suspended after he was arrested on suspicion of fraud.

Tom Mannion, 74, was arrested at St Aloysius’ College in Archway last week, but parents were reportedly only informed yesterday, according to the Islington Gazette.

St Aloysius’ College, a local authority-maintained Roman Catholic boys school, was founded in 1879. It has capacity for 1,150 11- to 19-year-old pupils and admits girls in the sixth form. Mannion has led the school since 2004.

The Metropolitan Police told the Gazette that allegations of fraud were made on January 15, and that a 74-year-old man was arrested on suspicion of fraud on January 17. He was released “under investigation”.

A spokesperson for the Diocese of Westminster said that the school’s governing body is “actively working with the police to aid their ongoing investigation”.

“The governors are taking the matter very seriously and have instructed an independent investigator to work alongside the police investigation to review school procedures,” they said. “The governing body is also working in close partnership with the Diocese of Westminster and Islington Council, which are fully supportive of the action taken.”

The Diocese added that the welfare and learning of students at the college “remains the college’s key priority in the weeks ahead”.

A spokesman for the Islington branch of the National Education Union told the Gazette that the union would support members through “what are likely to be difficult timed for the school” in the weeks ahead.

Under Mannion’s leadership, St Aloysius’ College was rated ‘outstanding’ across the board by Ofsted in 2012. Inspectors described leadership and management as “exemplary”.