A scheme modelled on Teach First should be set up in schools to train mental health specialists to work with young people, research has suggested.

The training would involve learning how to manage problems that children face at school such as “bullying, exam stress and low moods”.

Proposed in a new joint report from school mental health organisation Minds Ahead and the education and youth think-tank LKMCo, the programme would link with the NHS and mental health providers to ensure a pathway to specialist care.

In January 2017 prime minister Theresa May announced plans to deliver mental health “first aid” training to a staff member at every secondary school in England by 2020, through Mental Health First Aid UK.

But the proposal was met with criticism because there was only enough funding available to train 1,000 teachers in the first year of the scheme.

The LKMco and Minds Ahead research suggests an alternative approach, modelled on “the successes of Teach First”, which places graduates with a 2:1 degree or higher into a school for two years of on-the-job training.

Geoff Barton, the general secretary of the Association of School and College Leaders, said it is “absolutely critical” a solution for mental health issues is found, as schools have been forced to reduce provision such as counsellors due to “real-terms funding cuts”. 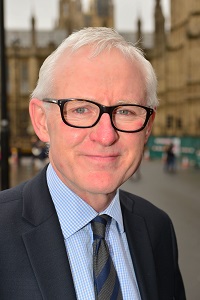 “The creation of any new specialists in schools needs to be properly resourced, with sufficient training in place, and cannot become yet another responsibility on teaching staff,” he insisted.

Norman Lamb, a former health minister and patron of Minds Ahead, said schools’ input is “important”, but needs to be backed up by clinical mental health services, which are “currently vastly understaffed”.

“We urgently need to train more specialists and more of these experts need to have a youth focus,” he said.

Ofsted inspectors are struggling to report effectively on pupils’ mental health and wellbeing, according to a new report.

Inspectors have paid more heed to wellbeing since 2015 when new requirements were introduced to the inspection framework requiring them to observe mental health, how pupils manage their own feelings and behaviours, and what they know about keeping themselves emotionally healthy.

But new research by mental health charity Minds Ahead and think-tank LKMCo found that inspectors “struggle to implement the criteria effectively”.

It backs up analysis by the Institute for Public Policy Research, which found that of 50 secondary school Ofsted reports published in late 2015, only a third made explicit references to pupils’ mental health or emotional wellbeing.

Inspectors need to “receive better training in this area of the framework so they can offer more informed and critical commentary”, the latest report has found.

An Ofsted spokesperson said the wellbeing of children and young people has been an “integral part” of its inspections for some time and is “always in the minds of inspectors when they go into schools”.

“Indeed, as the report acknowledges, the personal development, behaviour and welfare of pupils is one of our key judgements in school inspections and is graded in every full inspection,” they said.

“Our inspectors already evaluate the experience and wellbeing of particular individuals and groups of pupils, including those with mental health needs. Making a judgement about personal development, behaviour and welfare forms part of existing inspector training.”

The spokesperson said the report would be considered “alongside the government’s developing policy” as Ofsted develops its revised education inspection framework for September 2019.

“There will be a full consultation on this early next year.”