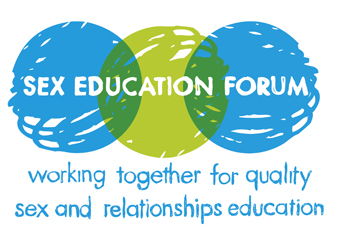 One in four girls are starting their periods without having been taught about puberty at school, a report released today shows.

The Sex Education Forum asked children and young people between the ages of 11 and 25 about their experience of sex and relationships education (SRE) at school.

The survey of more than 2,300 people found 24 per cent of girls started their periods before it was covered in school, and 15 per cent said they were never taught about menstruation.

And 38 per cent of boys said they experienced wet dreams before learning about them, and half of young people said this topic was not covered at school.

The survey, published in the Puberty Issue, also found that 30.4 per cent of young people felt they did not learn enough about how their body changes during puberty, rising to 46 per cent for those who identify as transgender, non-binary or other genders.

She said making it statutory would not tackle the problems with the quality of PSHE in schools, and instead said the government would work with leading headteachers to create an “action plan” to improve the subject.

SRE guidance, published by the government 16 years ago, tells schools that children should be prepared for puberty while they are at primary school. It highlights the fact that some one in ten girls are not advised by parents about menstruation before their first period.

The Sex Education Forum wants puberty to be part of an ongoing conversation at school, rather than a “big talk”.

Lucy Emmerson, coordinator of the Sex Education Forum, said: “A question at the heart of many children’s feelings about puberty is ‘am I normal?’ and too often this goes unanswered at school and home.

“Leaving education about puberty too late can cause unnecessary fear and confusion, and is a failure to prepare children for adult life. With spring around the corner, we hope that schools will take the opportunity to talk to children about how things are growing and changing in the world around them, and how puberty is a natural part of life.”

A Department for Education spokesperson said: “High quality SRE is a vital part of preparing young people for life in modern Britain. It helps them make informed choices, stay safe and learn to respect themselves and others.

“It is compulsory in all maintained secondary schools and many primary schools also teach it in an age appropriate manner. We expect schools to design sex and relationships lessons that are relevant to their pupils and sensitive to their needs.”

The Puberty Issue is available at www.sexeducationforum.org.uk