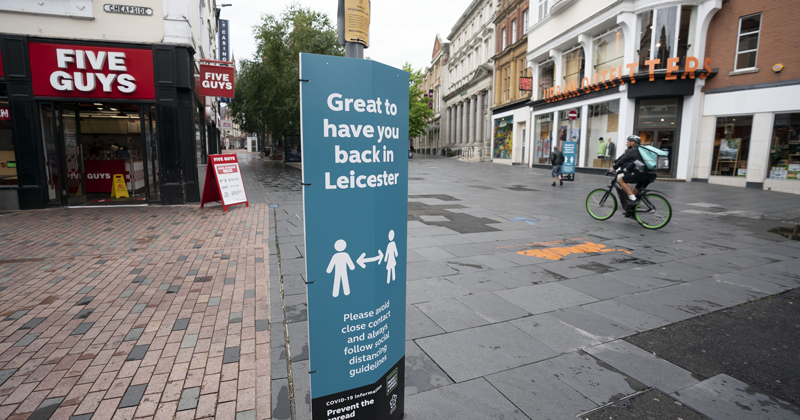 Leicester council’s education director has said they have still do not have a breakdown by age of the children who have been infected with covid-19.

The admission comes despite the city becoming the first local lockdown earlier this week amid rising case numbers, and highlights again how regional responses to outbreaks are being hindered by poor data sharing from government.

Leicester’s minimum two-week local lockdown will mean many teachers may now not see most children for lessons until after the summer break.

Ten schools have either completely or partially closed since the wider reopening of schools, although it is mostly adults who have been affected.

But Martin Samuels, director of education and social care at Leicester City Council, told Schools Week it did not have the data it needed to make any official announcements about the severity of the outbreak.

Detailed pillar two data – tests in the community – was only provided to Leicester at the end of last week and comparative data was only shared on Monday.

Samuels said: “It’s a reasonable starting position that there will be greater incidence amongst teenagers than primary school children, but we can’t tell that at the moment.”

The data does not break down by cohort, he said – it is only labelled as under-18. He has requested a breakdown by nursery, primary and secondary.

A report by Public Health England said the proportion of positive tests in Leicester was rising, and this was “most marked” in the under-19 group.

On pupils returning to schools, it said: “We have been unable to provide any analytical link to correlate this observation with any real or apparent rise in new infections in the Leicester area.

“However, it would seem sensible to investigate this association to exclude any evidence of the recent rise in observed case numbers being linked to a return of larger numbers of children to school.”

The council will now work with public health to “get some sense of what the prevalence is in the school population to get the breakdown of those under-18s”.

“And those numbers are very very small. That does suggest that the infections are being acquired in the community, but I could be wrong. So we need to have that more detailed knowledge, we need the breakdown of the under-18s – ideally by actual age, but certainly by age cohort. Then we can make an assessment.”

In a list provided to Schools Week, and confirmed by Leicester City Council, 10 schools have had to close in some form – whether fully or a bubble – since May 14 because of a positive case of coronavirus.

Two other schools also had positive cases, but they did not need to close because the adult and child had not been in school for seven days before testing.

Of the 12 schools in total affected, ten had adult cases – and two had more than one case. There were just two cases of a child testing positive.

After announcing the first local lockdown this week, health secretary Matt Hancock told BBC Breakfast that Leicester has had an “unusually high incidence” in children.

Joseph Wyglendacz, Leicester’s secretary for the National Education Union, asked the council on June 19 whether schools could close. He told Schools Week some education workers were “absolutely terrified”.

Schools are now only staying open for the children of key workers or vulnerable children in the city, and 39 schools are also now closed to most children in neighbouring parts of Leicestershire.

“Everybody was very surprised at it,” said Inderjit Sandhu, the executive headteacher at Scholars Academy Trust, which has two primary schools in Glenfield and Oadby, both in lockdown.

“We’ve got no milestones, no end of term activities for [year 6] that we had all planned for next week to finish off their time in primary.”

Leicester City Council has given schools the option to open to pupils from September 1, rather than its earlier date of August 26, to allow extra time to prepare.