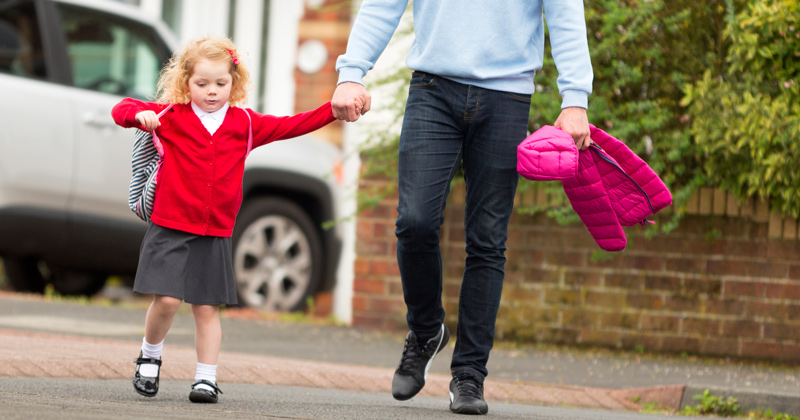 Primaries are being forced to cap pupil places amid soaring school attendance rates as the Covid crisis takes its toll on families.

Attendance peaked at 1.2 million last week, meaning that 15 per cent of pupils were in school, the highest level recorded this term.

The rise has been driven by an increase in primary attendance, up to 22 per cent on January 28, which is more than five times the average rate seen last spring. Secondary attendance remains at around 5 per cent.

But some primary schools are reporting rates of more than double the national average. The NAHT school leaders’ union estimates that as many as 2,000 schools in England have had more than 40 per cent of pupils going in.

‘I wrote to parents saying ‘no more kids now’’

Attendance at Abram Bryn Gates Primary School in Wigan climbed from 30 per cent in the first week back to 56 per cent this week.

Executive head Gillian Talbot said the school had been generous with its offer to key-worker families. “A parent working 40 hours a week from home is going to struggle,” she told Schools Week.

But Talbot added: “I’m having to say we must now use the current guidance which says, if there’s a parent at home, then a child should stay at home.”

Long Wittenham Primary School, in Oxfordshire, has also had to cap numbers after attendance rose to 41 per cent. Headteacher Alison Bellingham said: “I wrote to my parents last Friday saying ‘no more kids now’. We just can’t staff it safely. “This is a very different lockdown. Parents are finding it incredibly difficult.”

Another primary leader, who asked not to be named, said their attendance had hit 50 per cent and was “growing by the day as social circumstances change, such as families who have been made redundant and subsequently taken up jobs in the NHS or in food delivery”.

The situation is even more acute in special schools, which have a national attendance rate of 33 per cent, but some heads have reported attendance rates of upwards of 70 per cent.

Unions voiced concerns last month after the government expanded the list of pupils eligible to attend school. The critical worker list now includes more than 40 roles across eight sectors, and households with only one key worker are eligible to send children in.

Pupils struggling to engage with remote education – because of a lack of tech or a quiet place to work – can now also be classed as vulnerable.

Updated government guidance states that it is up to schools and councils to decide whether such pupils can attend based on “the needs of the child and their family, and a range of other factors”.

Schools are also struggling with staff absences. The Department for Education estimates that 2 per cent of teachers and leaders and 3 per cent of other staff were unable to work for Covid-related reasons on January 28.

‘Some parents are really starting to struggle’

Attendance at Sutton Courtenay C of E Primary, in Oxfordshire, has risen to 46 per cent in the past two weeks. Headteacher Rachel Hornsey attributed this to eligible families who had initially kept their children at home finding things “extremely difficult” and an increase in vulnerability.

“As the lockdown goes on, there are families where we have become aware of the vulnerability and it’s a proactive step where we’ve brought them in, simply because, if we don’t, things are likely to escalate,” she added.

Mark Unwin, head of Handforth Grange Primary School in Cheshire, is expecting attendance to reach 25 per cent next week, up from 16 per cent two weeks ago. “Some parents [are] really starting to struggle,” he told Schools Week.

Cassie Young, head of school at Brenzett CE Primary School in Kent, where attendance has risen to 25 per cent this week, also pointed to “anxieties and pressure around home learning”.

Greenacres Primary Academy in Oldham is now half-full. Vice principal Tim Roach said the school had been proactive in making a list of children who “we would ideally want in because we knew they would find it hard”.

Prime minister Boris Johnson this week resisted calls to reopen schools fully before March 8. A Department for Education spokesperson said that “if critical workers can work from home and look after their children at the same time, then they should do so”.