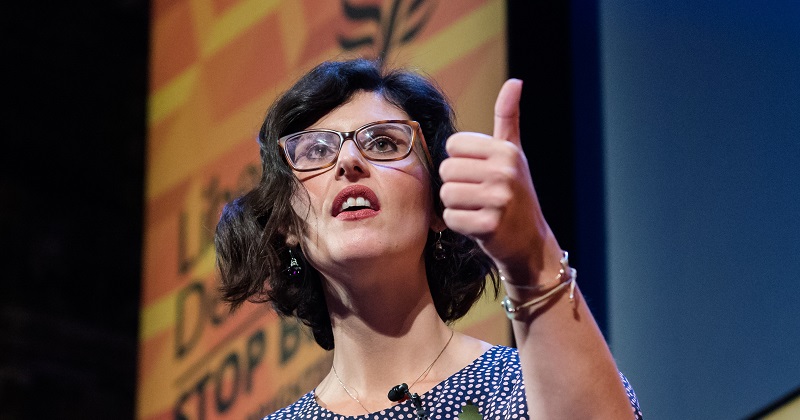 The Liberal Democrats are counting on their reforms to school accountability, testing and teacher pay and development to deliver 20,000 extra teachers.

Layla Moran, the party’s education spokesperson, told Schools Week the party was not launching one specific recruitment and retention initiative to meet its “ambitious” pledge.

Instead it hoped that a suite of policies would make the profession more attractive.

She also admitted the target was “ambitious”, although it “may not even be enough” to deal with rising pupil numbers.

The Lib Dems announced earlier this month that they would increase the number of teachers in the profession by 20,000 over the next five years if they won power.

The target is based on a net increase, not just on getting 20,000 NQTs through the door, and Moran says her party will focus on recruitment and retention to achieve its aim.

“We know that the population of schools is increasing. You fix the bulge by stopping people from leaving in the first instance, but then when you get your NQTs in, you need to ensure they stay all the way through.

“We expect about 10,000 will be in primary, 10,000 will be in secondary, and a large proportion of that, not quite half, will come from stopping people from leaving, which at the moment you can pretty much guarantee that they’re going to.”

But how will the Lib Dems get more people to enter – and stay in – the profession?

“To an extent it is about money,” says Moran, who has pledged to increase the schools budget by £10.6 billion over five years, introduce a £30,000 starting salary for all teachers by 2022-23 and give teachers at least a 3 per cent pay rise every year.

“We know that our schools are struggling. It has been teaching assistants, but now it’s also moved on to teachers, consolidation of classes and narrowing of the curriculum.”

Moran said it was not just the money, “but also our other policies that are going to help to fix this”.

She pointed to plans to replace Ofsted with a new inspectorate of education, abolish primary testing and league tables and bring in an independent body to oversee curriculum change.

The party is counting on these policies, with an offer of 50 hours a year of fully funded continuing professional development for teachers, to boost teacher numbers.

“A crazy number of people just don’t stay in the profession,” Moran said. “They go in thinking they’re going to be teaching students and they end up not doing that.

“The workloads are high, and a punitive Ofsted regime, SATs, baseline testing and other things mean they end up doing so much more that isn’t to do with teaching and learning.”

Headteachers’ groups have cautiously welcomed the Lib Dems’ proposals, but leaders say they want to know more about how the policies will be funded.

Geoff Barton, the general secretary of the Association of School and College Leaders, warned that the spending commitments on pay and CPD would “absorb a sizeable chunk of the extra money”.

“We would therefore need to understand the figures in more detail to be able to assess exactly how it impacts on schools.”

But Moran insisted all the policies had been costed and that the £10.6 billion included all the money needed to boost teacher numbers.

“Obviously it does include their salaries. All of that’s been costed in it and is really important,” she said.