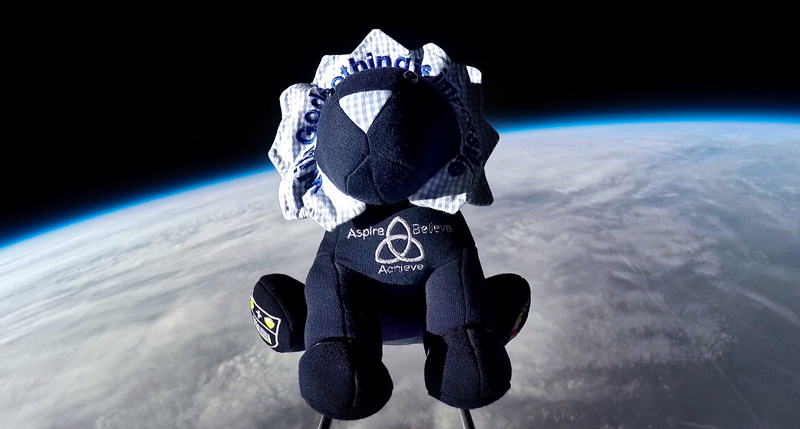 A primary school mascot captured an out-of-this-world selfie after being launched 20km into space.

Strapped to a weather balloon, Brian enjoyed a 90-minute journey before taking a selfie with the Earth’s surface behind him.

He crash-landed back later that day in a field near Middlesbrough.

Xanthe Moragrega, the school’s headteacher, said it was an “amazing sight for all the staff and pupils”.

“The most rewarding part was seeing all the pupils count down and cheer in excitement as they saw their mascot take flight.”

The activity, funded by local businesses, marked a massive turnaround for the school, which lost half its buildings in a huge fire 18 months ago.

This year it was shortlisted for the primary school of the year at the Pearson National Teaching Awards.

Julie-Ann Hewitt, chief executive of the Acorn Trust which runs the school, added it was an “incredible turnaround . . . now we have a new vision and mascot that is quite literally taking the school to a whole new level!”