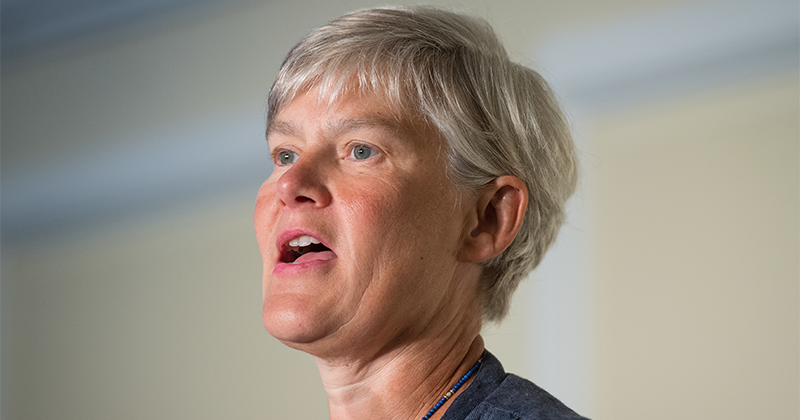 Labour is seeking “urgent assurances” from the government that the GCSE and A-level results process in England will treat pupils fairly, amid claims poorer pupils in Scotland were penalised under a similar system.

Kate Green, the shadow education secretary, has written to her opposite number Gavin Williamson for reassurances that he “will not allow similar results to occur in England” following a fierce backlash north of the border.

The experience in Scotland is now impacting on teacher and student confidence ahead of next week’s A-level results, and GCSE results the following week

The Scottish government has been heavily criticised for its handling of this year’s assessment system, which, like in England, has involved centre-assessed grades which were then standardised based on a number of factors, including schools’ historical outcomes.

When results were handed out in Scotland yesterday, it emerged that around a quarter of all school-provided grades had been adjusted by the Scottish Qualifications Authority (SQA), with the vast majority adjusted downwards.

Figures published by the SQA further revealed that poorer pupils were disproportionately affected. The pass rate for Scottish Higher exams among pupils from the most deprived backgrounds was reduced by 15.2 percentage points, compared to just 6.9 percentage points among the wealthiest pupils.

The crisis in Scotland has fed into growing concerns that a similar picture will be seen in England over the next two weeks. A-level results are due out next Thursday (August 13), with GCSE results coming a week later (August 20).

In a letter to Williamson, Green said events in Scotland had shown “all too clearly the challenges of a teacher assessment and standardisation approach”.

“The experience in Scotland is now impacting on teacher and student confidence ahead of next week’s A-level results, and GCSE results the following week. I hope you will act to address this as a matter of urgency,” she said.

Ofqual, the exams regulator in England, has already revealed it has had to haul down centre-provided grades by as much as 12 percentage points this year so results are not “significantly undermined”, but has promised that grades will still be “slightly better” than last year

But schools across the country are already bracing for demands for appeals and requests to reveal the grades they supplied to exam boards, after it emerged that pupils will be able to ask for them via subject access requests once results are published.

Results days to be ‘more fraught than ever’

Geoff Barton, general secretary of the ASCL school leadership union, which mostly represents secondary heads, said it was “very clear” that results days were “going to be more fraught than ever because of the extraordinary circumstances which have led to the cancellation of exams”.

“Despite everybody’s best efforts, it has always been likely that there will be some mismatch between centre-assessed grades submitted to the exam boards, and the final grades awarded to students after they have been through the ‘standardisation’ process,” he said.

“This is because this whole system had to be developed and implemented at great speed and from scratch.”

The union has this week published guidance for schools, urging leaders to be prepared for subject access requests, and even suggesting that some schools may want to “proactively tell all students their centre-assessed grades alongside their final calculated grades”. However, it said the “best strategy” was to offer to release grades of individual pupils “on request”.

Barton said the system this year “will leave some students confused and unhappy when a final calculated grade is lower than their centre-assessed grade”, which places schools and colleges “in the difficult position of having to explain the complexities of the system, and advise them on what next steps they may want to take”.

Calls for answers on appeals

Labour has also demanded to know what support will be provided for a “fair and accessible process of appeals”.

Schools are awaiting full details of the appeals system, but Ofqual has already said that exam boards will only have to consider appeals from schools, not from individual pupils, and that there will be no provision for appeals “in respect of the operation or outcome of the statistical standardisation model”.

However, the regulator is also investigating whether it might be possible and appropriate to allow for appeals on that basis “where there is reliable evidence of a significant demographic difference between the centre’s cohort and the historical data used for statistical standardisation”.

“Ministers must urgently set out how they’ll ensure the results next week will not exacerbate existing inequalities, and what extra support they’ll give to students who feel they’ve been unfairly graded to navigate the appeals process,” said Green.