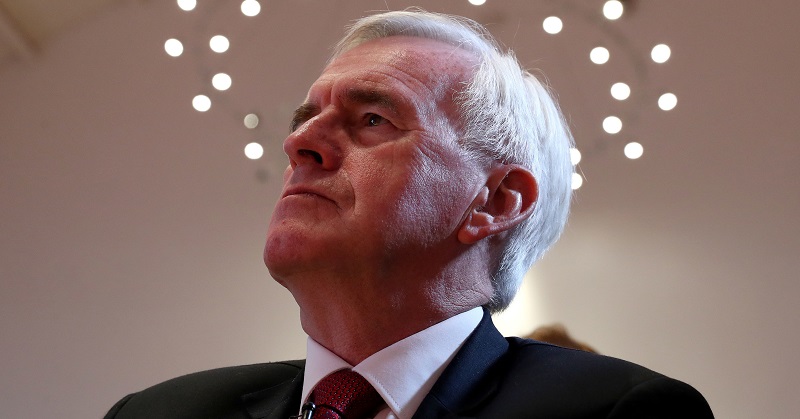 School staff and other workers across England have been promised “a shorter working week with no loss of pay” if Labour comes to power.

But the announcement raises questions about how schools could function under such a system.

In his speech to the Labour Party conference in Brighton this morning, John McDonnell told delegates a Labour government would “put in place the changes needed to reduce average full-time hours to 32 a week within the next decade”.

The shadow chancellor has also pledge to reintroduce sectoral collective bargaining, allowing teachers to negotiate their hours, pay and conditions as one body.

However, the introduction of a shorter work week is likely to pose a challenge for schools, where the teachers work on average 10 hours more than those outside the sector.

A recent report found that teachers work an average of 47 hours a week, with one in four working more than 59 hours. The current average working week for the full-time workers across England is 37.2 hours long.

Schools Week understands the party has no plans to close schools for an extra day a week, meaning heads would have to hire additional staff and drastically change their rotas in order to achieve a reduced working week.

McDonnell said his party’s “first step” would be to end the current ability of employees to opt out from the European working time directive, which stipulates that workers must not work more than 48 hours a week.

He has also pledged to introduce sectoral collective bargaining – a policy the party considered reintroducing for teachers in its 2017 election manifesto before it was dropped. It will be through this process, McDonnell said, that hours will be reduced.

“As we roll out sectoral collective bargaining, we will include negotiations over working hours,” he said.

“We’ll require working hours to be included in the legally binding sectoral agreements. This will allow unions and employers to decide together how best to reduce hours for their sector.

“And we’ll set up a working time commission with the power to recommend to government on increasing statutory leave entitlements as quickly as possible without increasing unemployment.”