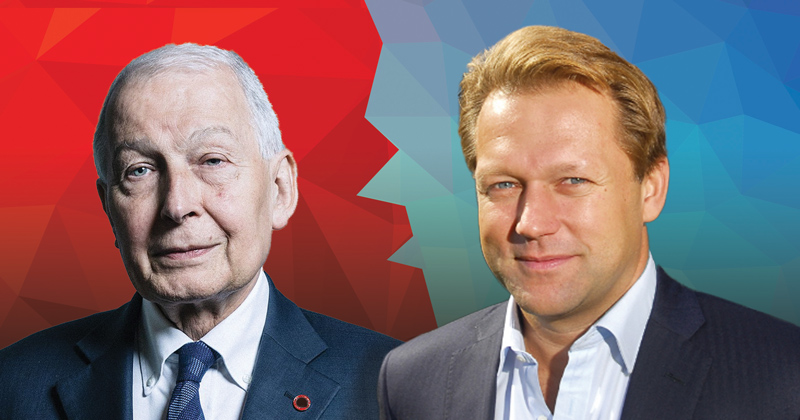 Veteran Labour politician Frank Field and high-profile Tory donor David Ross have been granted permission to jointly open a free school with a view to taking control of some existing schools later this year.

The Frank Field Education Trust is the brainchild of the MP for Birkenhead, and Ross, the millionaire founder of Carphone Warehouse, who chairs the New Schools Network.

Initially called The Cathedral Academies Trust, Field’s chain was approved as an academy sponsor in 2016, but changed its name in April to acknowledge that “most people referred to it as Frank Field’s Trust”.

Frank’s long-term commitment to resolving social inequality remains a key focus, and the aims of the trust transcend any political interests

Documents show the government has cleared the trust to open the Liverpool Free School, though it is not known where and when the school will start accepting pupils.

The chain has also expressed its desire to take control of a number of existing “outstanding” schools later this academic year.

The news follows Field’s decision on August 30 to resign from the Labour Party whip, meaning he is no longer required to vote with the party in Parliament. He quit in protest over Jeremy Corbyn’s handling of Labour’s ongoing antisemitism crisis.

An ardent Brexiteer, Field was also one of four Labour MPs who saved Theresa May from a humiliating defeat when he voted with the government in July.

Since his resignation, the politician has spoken of his desire to continue “spearheading a whole series of major projects” in his patch.

Field did not respond to requests from Schools Week for a comment, but a spokesperson for the trust said it hoped a number of schools will join “over the course of this academic year”, with all growth “carefully managed and in the best interest of pupils”.

“We are continuing our plans for a free school and will update on this in due course.”

The spokesperson also defended Field’s partnership with Ross, who has donated thousands to the Conservative Party and runs his own chain – the David Ross Education Trust – which has been criticised in recent years over flagging school performance, financial challenges and management changes.

Last January, DRET was hit by a series of high-profile resignations including former education secretary David Blunkett, who stood down as chair. In November, the chain was warned about pupil progress at its schools, and in July, funding bosses raised concerns about finances, despite clearing the trust over wrongdoing over governance.

The Frank Field Education Trust said it was “important to learn from the experiences and ideas of other larger, well-established multi-academy trusts, specifically including those that operate outside of London and the south east, which at times face different challenges to other MATs”.

“Frank’s long-term commitment to resolving social inequality remains a key focus, and the aims of the trust transcend any political interests,” the spokesperson said.

According to Companies House, Field and Ross are currently the two controlling members of the trust, but both also sit as trustees, a set-up that seems to conflict with the government’s recommendation for “robust governance”.

According to the Academies Financial Handbook, the best structures have a “significant degree of separation between the individuals who are members and those who are trustees”. The DfE recommends that the “majority of members” should be “independent of the board of trustees”.

Field also serves as the trust’s chair, a spokesperson confirmed.

The trust also pointed out that the free school bid was signed off before Field resigned the whip.