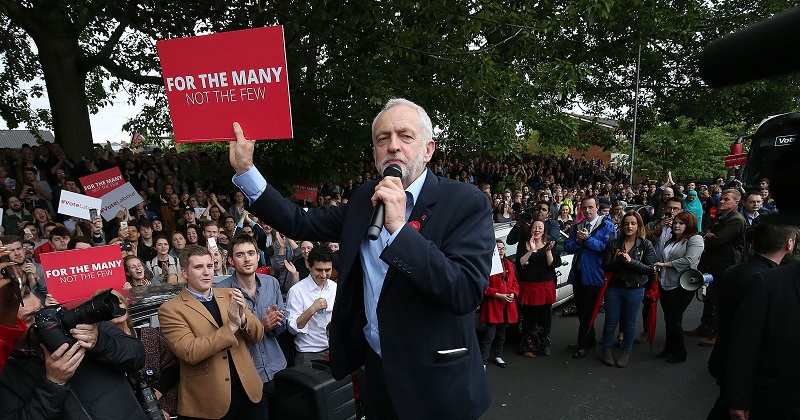 The Labour Party has officially launched its manifesto for the 2017 general election today.

Many of the policies were already well-known following the leak of a draft document last week.

Here is a full list of the policies relevant to schools, with analysis.

Under school admissions rules, schools are not allowed to teach infants in classes of more than 30 pupils, apart from under certain “lawful exceptions”.

According to the latest government data, less than 5 per cent of infants were taught in classes of more than 30 pupils as of January 2016, while 43.9 per cent were in classes of exactly 30 pupils.

Labour’s plan is to reduce class sizes to “under 30” for infants, which means that schools would have to ensure there are no more than 29 pupils in any infant class.

To do this, Labour says it will invest £8 billion to “ensure schools have the number of places they need” and £13 billion to bring school buildings up to standard. This is on top of an additional £4.8 billion in school revenue funding pledged over the course of the next parliament.

The party claims this will cost between £700 million and £900 million a year, and will be paid-for by removing VAT exemption on private school fees, which officials estimate will raise more than £1 billion.

According to the Institute for Fiscal Studies, Labour’s calculations of the cost of the policy are a little shy of reality. Based on the costs involved in implementing the coalition government’s universal infant free school meals policy, the IFS estimates the extension to juniors will cost more than £950 million a year in additional revenue funding.

There would also have to be initial capital spending of more than £250 million to put the policy in place, because of the need to improve kitchen and cafeteria facilities in some schools.

However, based on a pilot of universal free meals in Newham and Durham in 2012, the IFS says that other policies, such as free breakfast clubs, “might be a cheaper and more effective way to improve both education and health outcomes”.

The government is already reviewing SATs, with a view to scrapping the tests for 7-year-olds and implementing a new baseline test for reception pupils instead.

Labour says it would go further, abandoning plans for a baseline test and putting the future of all SATs up for discussion.

It follows a disastrous year for primary testing in 2016, when new, harder tests and a series of blunders created chaos for the government and sparked a nationwide campaign by parents and teachers to put an end to the current “high-stakes” system of testing.

Pay rises for public sector workers, including teachers, have been capped at 1 per cent since 2012. There is some flexibility within this cap – schools can choose to award some teachers a larger rise based on performance, but because they have to do this within the constraints of the cap, these rises come at the expense of others.

Labour says it will end the public sector pay cap, but has not said how much money schools will receive in order to help them grant pay rises to their staff.

The School Teachers Review Body, which advises the government on teacher pay, has warned in the past that although larger increases are needed to keep the profession competitive, schools do not currently have the money to award much larger rises.

5. Give teachers “more direct involvement” in the curriculum

Government accountability measures such as the EBacc have been criticised for narrowing the curriculum in schools, with many seen to be prioritising more academic subjects at the expenses of creative areas.

Labour says it will give teachers more say, but has not explained how they would be involved, or how this would differ between local authority-maintained schools, which have to follow the national curriculum, and academies, which do not.

Teacher workload is one of the biggest issues highlighted by unions and other groups, and the burdens of Ofsted inspections and what is seen as an increasing need to provide evidence of certain practices are often linked to the problem.

Labour wants to tackle what it describes as “rising workloads”, by reducing the monitoring and bureaucracy teachers face, although it has not released further details of its plans.

Sabbaticals are periods of extended leave offered to experienced teachers. They are common in other countries including Australia and New Zealand, and are said to offer teaching staff opportunities to enhance their own learning and effectiveness.

A pilot of sabbaticals for experienced teachers in challenging schools was launched by Labour in 2001, but scrapped in 2004 following problems with low take-up, budget constraints and changing government priorities on teacher development.

Labour now says it wants to consult on the possibility of introducing sabbaticals for English teachers, but is yet to set out the parameters of such a scheme.

Labour says it wants to reintroduce national pay settlements for teachers, a climb-down on a pledge in the draft manifesto to bring back national pay bargaining.

The use of a more generic term for pay negotiations, rather than a specific method, represents a slight softening of the party’s stance.

Under the present system, the School Teachers’ Review Body seeks input from a range of stakeholders and advises the education secretary on teacher pay. It is up to the minister to decide whether to implement a rise in the teacher pay scales. Maintained schools must follow the scales; academies can choose whether to do so, or not.

Under a restored pay bargaining system, workers would have negotiated at a national level through their unions.

The proposal also includes the re-introduction of a negotiating body for school support staff.

9. Undo ‘nonsensical’ requirement for schools to pay the apprenticeship levy

There has been a lot of criticism of the government’s decision to include schools in the apprenticeship levy, a 0.5 per cent tax on wage bills over £3 million to pay for the training of apprentices.

Much of the anger about the plan is the fact that many smaller LA-maintained schools which would not ordinarily face a bill because of their smaller wage packets are being made to contribute towards the levy by the councils which technically employ their staff.

Labour wants to exempt schools from the “nonsensical” requirement to pay the levy, which it says will cost £150 million. It is unclear if this exemption will also include academy trusts.

10. Extend school-based counselling to all schools

Labour says this will cost £90 million, although there are no official figures for how many schools have counselling services at the moment.

A move to put a counsellor in every school is something the government has said it is considering as part of its efforts to improve pupil mental health.

Theresa May announced earlier this year that under her plans, every secondary school in England will get free mental health training and improved support from local health services.

11. Deliver a “SEND strategy based on inclusivity” and increase SEND teacher training

Labour says it wants to “embed SEND more substantially into initial teacher training so that staff, children and their parents are properly supported”.

This is similar to an idea mooted by the government last May, when ministers highlighted the importance of “ensuring that teachers are properly trained to support young people with special educational needs and specifically autism”.

The government’s review of ITT, led by Stephen Munday, recommended in July 2016 that ITT providers “should ensure that SEND training is integrated across the ITT programme”.