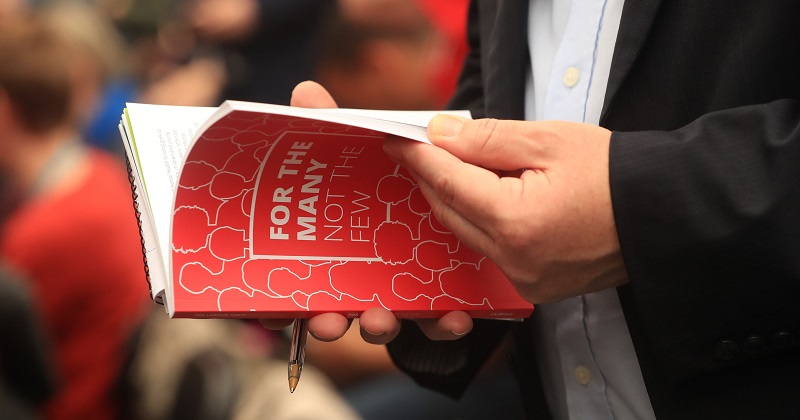 The schools section of the manifesto, launched this morning by Labour leader Jeremy Corbyn, does not include an earlier pledge to bring back national pay bargaining.

The proposal, which would have seen the return of pay bargaining for teachers 26 years after it was scrapped, did feature in a draft copy of the manifesto, which was leaked to journalists last Wednesday.

But the official document released today instead simply pledges to reintroduce “national pay settlements” for teachers, a more generic term, which could be seen as a softening of the party’s position on pay negotiations.

A pledge to bring back the schools support staff negotiating body remains in place.

The party has also softened its language over the future accountability of schools, taking out a pledge to allow local authorities to open schools that featured in the draft manifesto.

Instead the final manifesto now states that all schools will be “democratically accountable”, including “appropriate controls to see that they serve the public interest and their local communities”.

However, outside the manifesto process, Labour has previously confirmed to Schools Week that it will allow new council-maintained schools to open, and Corbyn has said he would allow town halls to take over academies, but only if they want to. Labour’s other key pledges from the draft manifesto remain in the official document, including plans to reduce infant class sizes, extend free school meals and reform curriculum and testing arrangements.

The party has also pledged to spend £250 million to boost the number of school nurses and extend eligibility for the government’s 30 hours of free childcare policy to all two-year-olds, not just those whose parents are working.

Labour will also introduce an arts pupil premium for primary schools, restore the education maintenance allowance for 16 to 18-year-olds and launch a creative careers advice campaign in schools.

Speaking at the manifesto launch in Bradford today, Corbyn pledged to “invest in our young people” through a National Education Service “focussed on childcare, schools and skills, giving them the capacity to make a productive contribution to tomorrow’s economy”.