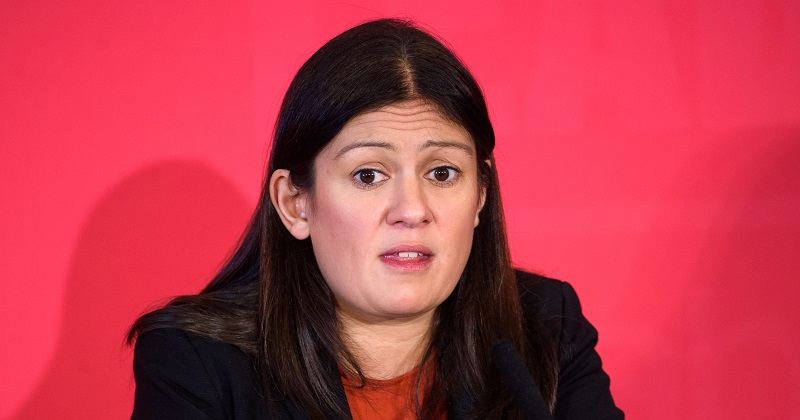 Back in 2010, Michael Gove said that the academies programme was about restoring local control. Instead, we have seen an unprecedented centralisation of power in multi-academy trusts and the Department for Education.

The sector has been buffeted by financial scandals and too many major decisions are taken behind closed doors. Some local academy schools no longer have their own governing bodies, and in some communities their local school feels more remote than ever.

The reality is that we cannot turn the clock back to before 2010, but there is a real need to extend and clarifying local authorities’ role. You are setting local authorities up to fail when you say they are still responsible for pupil outcomes, for example around SEND, but you have stripped them of their powers and capacity.

We need a new role for local authority oversight that covers all schools and that’s the agenda I’ll look to develop in consultation with parents, education professionals and local authorities.

I support the position set out in the 2019 Labour manifesto which committed to ending the VAT exemption for private schools.

At the same time, I have said throughout this contest that we need to avoid simplistic arguments around ownership across a whole range of industries. If we were to commit to removing all private schools, would that include independent alternative provision and SEND institutions that provide capacity, for which there often just isn’t an equivalent in the public sector?

There’s a real danger across all these issues of committing to a wide-ranging point of principle at the start of a policy making process without considering the very real ramifications that options can have on children and their families.

I am instinctively concerned about the grammar school model. We know that selective grammars are much less likely to take pupils who are eligible for free schools meals or who are identified as having special educational needs and disabilities. I think we should all have misgivings about a model that has massive implications for children’s future based on one test at the age of eleven.

At the same time, I think it would be wrong to limit the debate around selection to just grammar schools. There are many kinds of selection, some of which are more hidden than grammars. Some maintained schools have a partially selective intake. And setting can be argued to be a form of academic selection within a school that in theory is non-selective.

These are questions that we should be looking at carefully, based on a good evidence base, and grounded on principles of fairness, local accountability, and minimising disruption to pupils’ education.

I think we have to recognise that Ofsted’s reputation in schools has become tainted over many years. When I talk to teachers and other school workers, the word is associated with intense stress and fear that a single grading – which can come down to very fine and sometimes subjective judgements – can effectively destroy a school’s reputation. We have a recruitment and retention crisis and Ofsted is part of the problem.

Parents do want independent accountability, and replacing Ofsted isn’t the same thing as getting rid of all inspectorates. Local authorities can do more to support and co-ordinate schools but I think there will still need to be a role for HMIs. It may be that there would be a clearer dual process for local authorities ‘calling in’ inspections where there are particular concerns, and for the inspectorate to identify schools that are clear negative outliers in nationally reported data which may be a reason for further investigation.

As I understand it, Labour’s policy was to end key Stage 1 and 2 SATs and baseline assessments, rather than ending all forms of testing which I would not be in favour of.

While it’s important that we have a strong understanding of how our children are doing at school, the current high stakes tests are not fit for purpose. They are too narrow and distort the curriculum, and the SATs are squeezing other important subjects out.

We need to lower the stakes for schools and broaden what we assess so it matches what we value. Teachers know that tests are useful for measuring pupil learning. I want to make this the role of testing, not high stakes league tables.

Do you support headteachers in their right to exclude pupils as a last resort? What reforms are needed to prevent the scourge of illegal off-rolling

Exclusions – both permanent and fixed term – can be justified but they must be a measure of the last resort.

In all cases, it is vital that a formal process is followed and I want to make it clear there can be no room for illegal or ‘informal’ off-rolling under any circumstances. We are talking about a small minority, but where people are ‘gaming the system’ then that must be taken extremely seriously.

The fact that staff have been struck off over the administration of tests, but no-one has ever been struck-off for illegal off-rolling, is a sign that the system isn’t working.

We also need to remove the perverse incentives that lead to discrimination against pupils with protected characteristics. The Progress 8 measure, for example, is based on the assumption that pupils should make linear progress, which is not borne out by what we know about child development, and it is particularly untrue for many children with SEND.

In my view, the punishing of schools on the basis of the demographics is a major driver of illegal exclusions, and that is something that has to change.