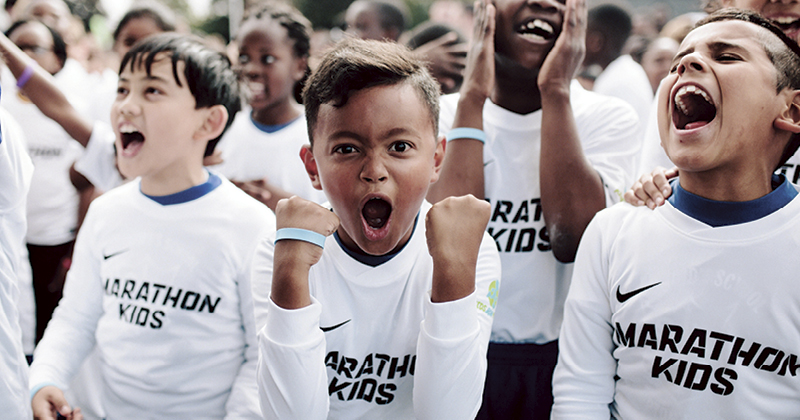 A programme by charity Kids Run Free aims to get primary pupils running the equivalent of four marathons a year – and has the thumbs-up from Olympians Emily Diamond and James Dasaolu, recently returned from Rio.

Both attended the recent launch of Marathon Kids in east London and ran a celebratory lap of the Newham Leisure Centre with local pupils.

The scheme, which aims to tackle childhood obesity, has already engaged two million children in the US. Incentives called “Nike rewards” – after the programme’s partner company – include t-shirts, shoelaces and wristbands for each marathon milestone reached.

Track and field athlete and Olympic bronze medallist Diamond, said: “Any sport involves running so this is a great starting point to get kids moving. It also helps children to make friends and develop a variety of skills that will be useful later in life, whether that’s sports-related or not.”

Picture: Pupils show their enthusiasm for the new scheme