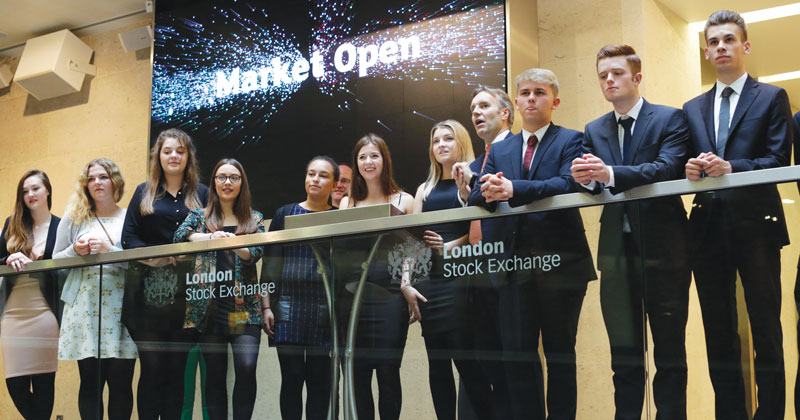 A national competition that encourages students to invest in the stockmarket is now accepting applications.

The Shares4Schools challenge invites year 12 students to invest £1,500 into stocks, shares and funds of their choice. The winning team will bethe one that makes the greatest profit by May next year – with schools keeping anything they’ve earned.

The competition is run by The Share Centre, an independent stockbroker that set up the competition in 2003 as part of a drive to make investing easier and more straightforward.

Students will have access to the centre’s advice team and to newspapers, specialist publications and the internet to help them to decide which shares will make the greatest profits.

Kevin Murphy, a business studies teacher at Kingdown school in Wiltshire, which won the 2015-16 competition, said: “When I’m teaching business theory I can refer to the real world and the shares that students have bought.”

Schools that want to take part must raise an investment fund of £1,500 and register on the Shares4Schools website no later than October 17.

Picture: Kingdown School, the winning school in the Shares4Schools competition last year opening the markets at the London Stock Exchange on 24th June 2016