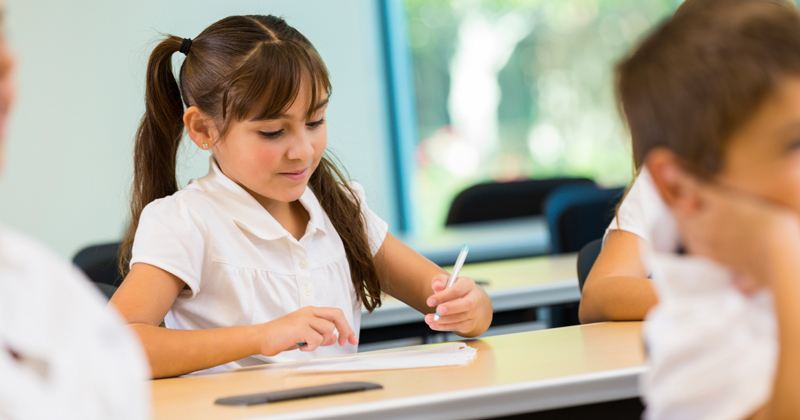 Independent schools in Kent are openly advertising their success at coaching pupils to pass an 11-plus test, against their council’s ruling banning such tutoring.

An investigation by the anti-grammar campaign group Kent Education Network (KEN) found that some independent primaries in the county admitted they prepared pupils to pass the grammar school test.

That comes despite Kent County Council, the largest selective area in the country, warning its schools, in the state and independent sector, that coaching is “not permitted”.

The council, which administers tests, previously warned schools it could ban them from hosting tests or stop sending them test materials if it had evidence of coaching.

The KEN findings have now been passed to the council.

Theresa May promised this week to end the ban on grammar schools. However, the apparent widespread coaching of pupils in private schools will fuel concerns that new grammars will continue to disadvantage poorer bright pupils.

In the state and independent sector, coaching is “not permitted”

KEN chair Joanne Bartley said: “This means that the Kent test is more about coaching and practise of test paper skills than it is a fair and true test of ability.

“It’s completely wrong, they [schools] literally promise that ‘we’ll get your child to grammar school’.”

Bartley asked the region’s independent primary schools whether they tutored pupils for the test.

She found some schools openly stated on their websites that they prepared pupils for the grammar school test.

Other schools, responding in an email, outlined details of how they prepared pupils for the test, including some running after school clubs.

Only one of the schools that responded pointed out that schools should not be coaching pupils for the test, claiming it was “not ethical”.

Dr Michael Collins, KEN’s head of research, said it was clear that coaching was “denying grammar school places to children from poorer families.

Kent council altered its 11-plus in 2014 in an attempt to make tutoring “less effective”.

But Bartley said: “Tutoring for the test is a massive industry here. I know people on low incomes who have felt pressured to pay for a tutor for their child, and then the child failed the test.”

She also accused the council of “turning a blind eye” to coaching in schools.

A spokesperson for Kent council confirmed it had received the network’s findings. They added: “Coaching is not required or condoned. We cannot and would not criticise schools seeking to progress children’s academic progress and where schools are offering additional support and learning in Maths and English this is to be welcomed.

“Where schools were found in the past to have used former Kent test material, which is copyright protected with no permissions to duplicate, we have withdrawn access to those schools conducting testing on their premises. In some instances these withdrawn test results were invalid and the children referred instead to the headteacher assessment panel as we could not consider test scores reliable.

“Although there has been no need to take any such action for many years and whilst we would maintain this position if test material were being distributed for practice and familiarisation, we have no knowledge of this being the case in recent years.”

Schools Week reported last month that St Christopher’s school, in Canterbury, had been rapped by the Advertising Standards Authority (ASA) for exaggerating its 11-plus successes.

The school advertised a 94 per cent pass rate for last year’s grammar school exams on its website and banners on double-decker buses.
But the ASA ordered the school to remove or alter the branding after a Freedom of Information (FOI) request from Bartley revealed only 53 per cent of its pupils actually passed the exam, with others passing on appeal.