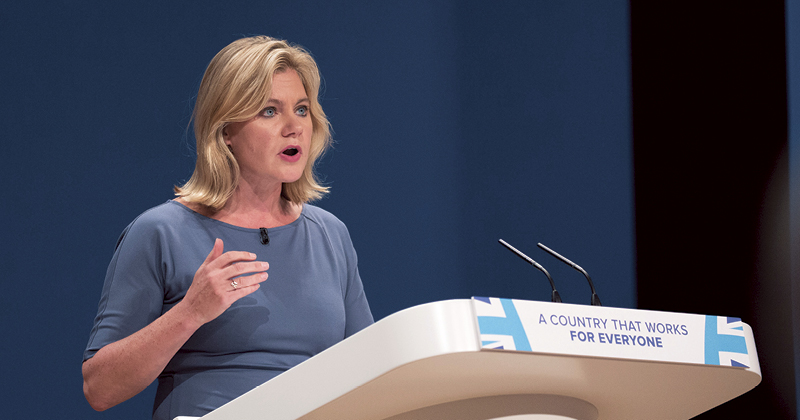 Schools in Blackpool, Derby, Norwich, Oldham, Scarborough and West Somerset will receive extra money and support from the government to reduce inequality, the education secretary has announced.

But the National Union of Teachers says the same areas face cuts of almost £50 million as a result of plans to introduce a national funding formula.

Children in the areas needed “the right knowledge and skills, advice at the right time, and great experiences”

Justine Greening revealed the “opportunity areas” in her speech at the conference on Tuesday. The six council areas, ranked among the worst-performing for social mobility, will each get a share of £60 million priority spending.

Four other areas will also be selected in the coming months for money to be spent on building teaching and leadership capacity in schools and improving access to careers advice. Greening told delegates that children in the areas needed “the right knowledge and skills, advice at the right time, and great experiences” and that her department would work with a wide range of stakeholders to ensure these were delivered.

A report by the Social Mobility Commission (SMC) in June revealed areas of England with poor performance among disadvantaged pupils, as well as low average salaries and a lack of good early years’ places.

Greening told the conference that the “opportunity areas” were chosen based on the SMC’s index, but each faced a specific set of issues. Schools Week understands the initial six places were chosen because of the variation in the problems they faced, and because they represented a fairly even geographic spread.

For example, Norwich and Scarborough are among the 20 worst areas for school-related indicators, while West Somerset and Oldham score badly on early years.

The union has claimed that when adjusted for inflation, estimates from the f40 group of councils – which has led the charge for a fairer school funding system – show that the six areas already face cuts in education spending totalling almost £50 million between them.

The union is predicting that Oldham alone could lose more than £19 million, with cuts of £14 million expected in Norwich and almost £6 million in Blackpool.

Kevin Courtney, the union’s general secretary, said the proposed spending was a “drop in the ocean” compared with the 8 per cent real terms funding cuts of the next few years, which he claimed would remove £2.5 billion from education.

“The six areas identified for additional funding and support will themselves, individually, lose phenomenal amounts through the current cuts. This extra money will not go far compared with the impacts of the worst funding crisis in decades for all schools and sixth-form colleges. It is misleading in the extreme to present this funding as somehow ‘extra’.”