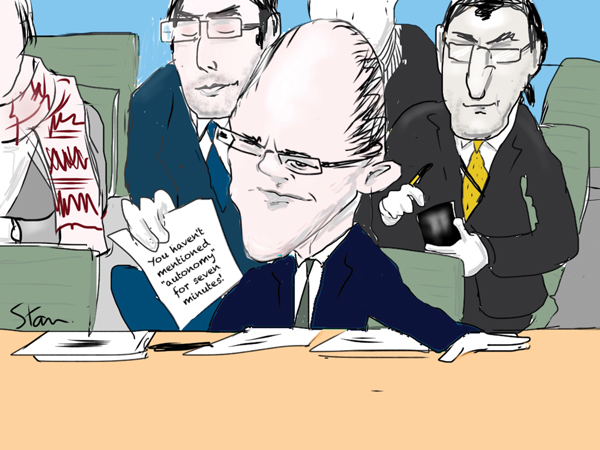 Schools minister Nick Gibb has ruled out making personal, social and health education (PSHE) and sex and relationships education (SRE) compulsory, saying instead that schools should be “autonomous” on such decisions.

Mr Gibb gave oral evidence to the education select committee on Wednesday in the fourth and final session examining PSHE and SRE in schools.

He said that he did not think schools wanted to be told to put PSHE in their curriculum but that there was “no reluctance” to provide it, despite MPs reminding him that many of the committee’s earlier witnesses had called for statutory provision.

He said: “I don’t disagree with the highlighting of the problem but I am not always convinced that passing a law is the solution to the problem when there doesn’t seem to be any lack of will to provide PSHE.”

He reiterated that PSHE was a major priority for the government, but he was allowing headteachers to make decisions about their own schools.

Labour MP Pat Glass chaired the cross-party committee in the absence of Graham Stuart. No Conservative MPs were present.

Mr Gibb was initially unable to answer how many people in the Department for Education worked on PSHE, but was later passed a note telling him that there were six.

David Ward asked: “The idea that this is very, very, very important but we are not going to make it a requirement doesn’t really wash, does it? If it is so important, why isn’t it to be assessed?”

Mr Gibb replied: “You can’t measure and assess everything and I think we need to move away from that world where we say if we don’t test it and measure it, it is of no value in schools.”

Labour MP Ian Mearns asked: “Many witnesses to this inquiry have called previously for PSHE and SRE within that to be given a statutory status, so what does the subject being statutory mean in practice?”

Mr Gibb replied: “This is a recurring theme of this meeting . . . I am aware that if you look at all the submissions you have and all of the various important representative bodies, they share that view.

“I said we keep this issue under review but I don’t sense that schools need to be told to have PSHE within their school curriculum.”

An Ofsted report last year highlighted problems with PSHE, finding that 40 per cent of schools did not teach it to a high enough standard.

In a reference to prescription in other parts of the curriculum, committee member Siobhain McDonagh asked why spelling “yacht” – a national curriculum requirement – was more important than learning about mental health.

Mr Gibb said: “It goes back to that whole debate about prescription; it’s a balance between prescription and autonomy . . . we did feel because the needs of pupils vary across the country . . . that it ought to be a decision based on the professional judgment of headteachers.”

Mr Gibb did say that the government wanted to improve the quality of PSHE teaching in schools. Pat Glass ended the session by saying that the £10 million set aside for character education could cover the cost of training 14,000 teachers on a PSHE course at Roehampton University.