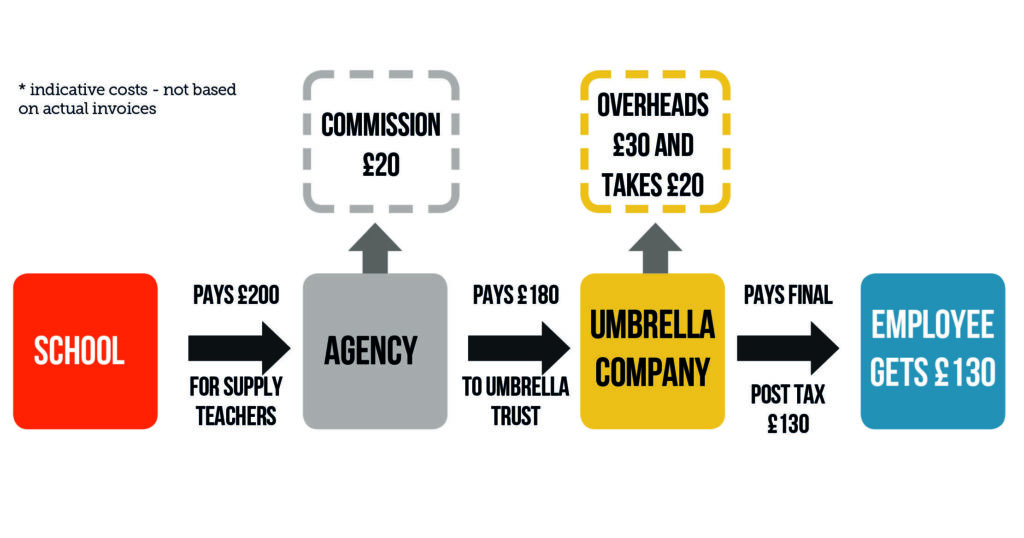 One of the country’s leading umbrella companies for supply teachers denies it is passing on the costs of the government’s new apprenticeship levy to employees.

But Schools Week understands that some supply teachers employed by the RACs Group raised concerns after their pay slips included a percentage deduction attributed to the “apprenticeship levy”.

Since April companies with a pay bill of more than £3 million have been forced to pay a levy to the government, equating to 0.5 per cent of their payrolls.

It is unclear what percentage appeared on the supply teachers’ pay slips, but rules state companies cannot deduct the levy from the wages of an earner.

RACs says it is following the law and deducts the levy costs as a “business overhead” from the income it earns through agencies that send out supply teachers, rather than employee’s earnings.

But some experts say the arrangement means that some of the sector’s most vulnerable workers, or the schools that employ agency supply workers, are being hit with an extra charge.

It also poses questions for the government’s levy scheme – with recruitment companies seemingly paying the tax, but snubbing apprenticeship training in return.

The confusion over whether the deductions are lawful stems from the complicated structure of umbrella pay arrangements.

Umbrella companies act as an employer to workers who are contracted via agencies – in this case, supply teachers.

The advantage for supply teachers is that if they work across several schools, the umbrella company takes away the hassle of processing multiple pay cheques and completing onerous tax self-assessments.

Usually, supply teachers hired under umbrella arrangements are paid extra by the school, but the umbrella company then makes deductions from the fee.

So, a school pays an agency for a supply teacher. The agency takes its cut, and passes the rest on to the umbrella company. The umbrella company then deducts its business costs – including its margin, employer’s national insurance contributions and, in the case of RACs, the apprenticeship levy.

That leaves a final sum that is passed as gross earnings to the contractor, although this will then include further deductions for PAYE (income) tax.

Colin Cartmell-Browne, a former supply teacher, said that including the apprenticeship levy as part of the business cost deductions meant “already low wages become even lower”.

Chris Keates, NASUWT general secretary, also said the arrangement most affected “people who are vulnerable to the vagaries of intermittent employment”.

But RACs has denied the levy impacts the gross pay of employees. Mark Clarke, legal and compliance director at the company, said the deduction was made from RACs’ invoiced income – that is, the full fee coming into the company from the school – rather than employee earnings. Other firms operated in the same way, he said.

Clarke said the company aimed to be transparent about the deductions made to cover its overheads – something industry experts say is good practice – hence its inclusion on payslips.

The arrangement reveals a potential flaw in the government’s apprenticeship levy, particularly for recruitment and payroll companies widely used across education.

RACs, for instance, must pay the levy because it has a payroll of more than £3 million. However, most of that goes to contractors – its website says it has 75 internal staff.

Clarke said the company’s size meant it was unable to use a “cashback” system that allows companies to claw the levy back to pay for apprenticeship training. The cost therefore becomes an extra tax to the firm.

Adrian Marlowe, chairman of the Association of Recruitment Consultancies, said he had warned the government the levy would disproportionately impact the recruitment sector because of “artificially inflated payrolls”.

He said: “Agencies will need to protect their margins and so will either have to pass the costs of the levy on to hirers or to agency workers, yet neither will benefit.”

The Department for Education said it is unlawful to deduct the levy from the gross wages or salary of an earner.