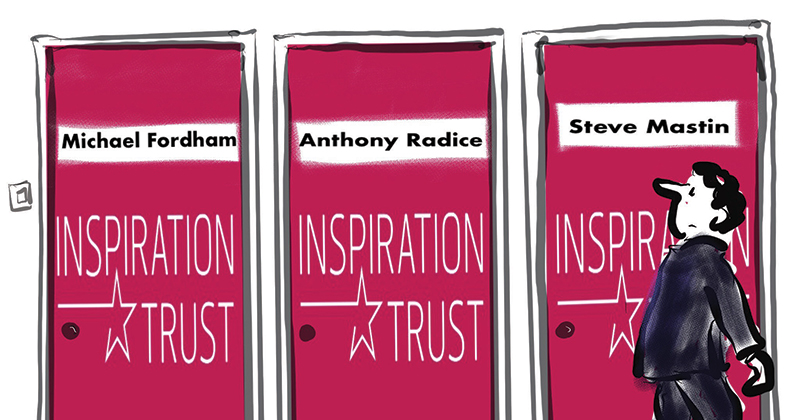 Inspiration Trust, the academy chain run by Dame Rachel de Souza, is planning to develop its own “knowledge-led” curriculum after admitting it has focused too much on “unsustainable” intervention approaches for turning round schools.

The East Anglia-based trust has revealed plans to open a curriculum centre, based on the site of Hewett Academy in Norwich, where Inspiration’s subject specialists will develop a “fact-based curriculum” – an approach championed by the former education secretary Michael Gove.

The group will also host training events for teachers in and outside the trust.

The plans also reveal how the trust will look to monetise its new recruits, described on its website as “some of the country’s leading educational thinkers”.

This leaves us tackling problems too little, too late

Inspiration said the centre would build on “emerging priorities” of the government’s opportunity area scheme, after Norwich was chosen as one of 12 areas to share extra cash to boost teaching and leadership capacity.

A spokesperson said the trust had taken on several challenging schools that required an “interventional approach” to quickly boost standards, such as focusing on English and maths in year 11, or reading, writing and maths in year 6.

But it wants to move away from this approach. Christine Counsell, its director of education, said: “While essential for initial impact, the approach isn’t sustainable in the long term. It involves throwing disproportionate resources at years 6 and 11, instead of tackling the deficits in pupils’ knowledge and skill throughout key stages 2 and 3.

“This leaves us tackling problems too little, too late.”

The trust wants to shift the focus to building knowledge in primary pupils in an initiative that echoes the curriculum development centre established by Future Academies, the trust set up by academies minister Lord Nash, which also employs “knowledge-rich” teaching.

Inspiration hopes eight subject leaders will be based at the centre by September. Five have been announced so far, including Steve Mastin, who advised Gove on curriculum, Anthony Radice and Michael Fordham. They will also teach one day a week at one of Inspiration’s 13 schools.

The Harris Federation, which runs 41 schools in London, has a similar set-up. However, its subject leaders focus on delivering targeted intervention in areas where schools are struggling. Inspiration’s subject leaders will lead the shaping of the curriculum, which Counsell said could not be designed “in a vacuum and imposed”.

“Curriculum design is an active, hands-on job that involves building and nurturing communities of subject teachers and leaders across the trust, working with our subject specialist leaders.”

Continuing professional development (CPD) courses at the centre, which will include curriculum planning, will cost from £15 for members of the Inspiration Teaching School Alliance, to £100 for schools outside the region. The trust has set up “substantial” discounts for schools in the region, but schools from as far as Staffordshire have signed up so far.

Chris Keates, general secretary of the NASUWT, said schools had a “collective responsibility” to enhance pupils’ learning and collaboration.

“But we would hope that schools would see the benefits of working collaboratively with one another to share experiences, advice and expertise, rather than commercialising that relationship.”

Counsell said a “key reason” strong subject teachers left the classroom was  because they were “not valued for their subject expertise and passion”.

“They also leave when they feel that generic pedagogy and assessment systems distort their subject, lower standards and waste time with paperwork of little value.”

She said the aim was to develop “excellent and renowned subject communities that such teachers are desperate to join”.

Inspiration has also reportedly been keen to open a “pupil premium” grammar school.

A spokesperson added the trust has no firm plans, but said it would not shy away from debating the possible benefits of grammar schools.