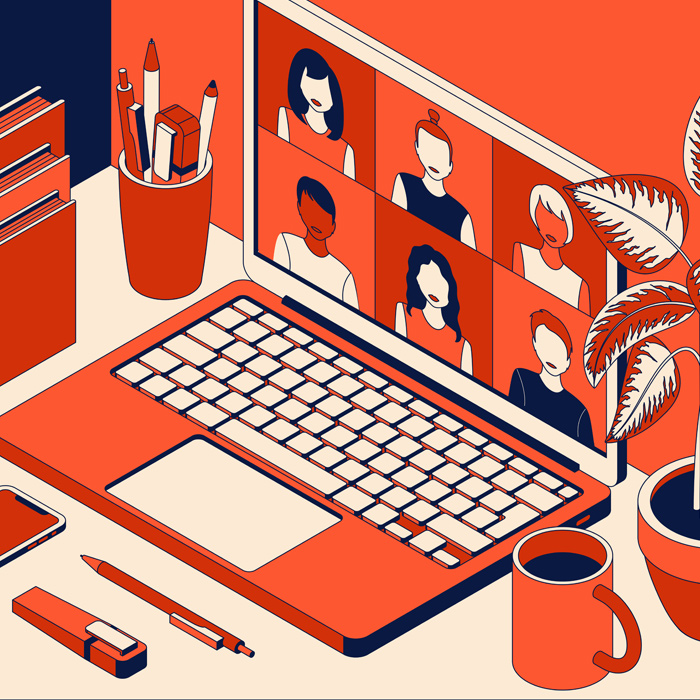 “What family self-identifies as vulnerable?”

Another lockdown begins and care for the nation’s vulnerable children is again in the limelight. And as alternative provision and special schools bemoan their lack of mention in the prime minister’s announcement and a dearth of guidance from the Department for Education, spare a thought for virtual school heads. Even in the best of time, they are the forgotten education service.

Yet when it comes to some of the most vulnerable, they are the  local authorities’ frontline. And although virtual schools are not physical spaces, they are no less impacted by Covid.

If nothing else, the growing dependency on virtual learning adds to ongoing confusion about what virtual schools are. “The Covid situation is interesting,” says Jancis Andrew, Leeds’ virtual school head, “because it’s been a battle for us to get this idea of virtual away from being a digital learning platform, which we’re absolutely not. What we are is a single, central point of contact around every child who’s in care.”

Virtual is absolutely not about digital learning platforms

Virtual schools became a mandatory part of local authority provision in 2014 after a successful pilot. Every authority now has a virtual school head and the National Association of Virtual School Heads (NAVSH) is their collective voice and the forum in which they share best practice.

In the simplest terms their role is to oversee the education of looked-after children, to monitor each child’s attendance, attainment and achievement, and to ensure their education is a top priority in their care planning. In other words, almost every school is part of a virtual school. 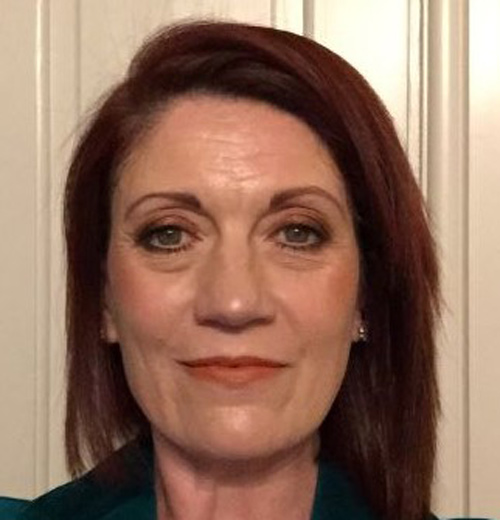 A 2012 Ofsted report, which looked at the effectiveness of the approach in nine local authorities, found evidence of “improving educational outcomes” for looked-after children in all of them, and that those outcomes went beyond just attainment.

Nine years on, and seven years since the post became mandatory, Kipling, who has held the Darlington job for six years, last year for the first time saw some of the young people in his care through a full secondary education cycle. “I’ve seen their journey and I can start to reflect on that,“ he says. Proof that education policy takes longer to embed than it is usually afforded. “We’re still in the early days really. But there’s a definite benefit in having a virtual school advocating for looked-after children’s educational outcomes.”

But for all the focus on vulnerable children during the pandemic, virtual school heads are seldom singled out for praise. Behind the scenes, however, their work is respected and valued. For example, Andrew recounts that in the early days of [the first] lockdown there were conversations with the DfE about the low take-up of “the offer of continuity in attending school for all the vulnerable cohorts”. 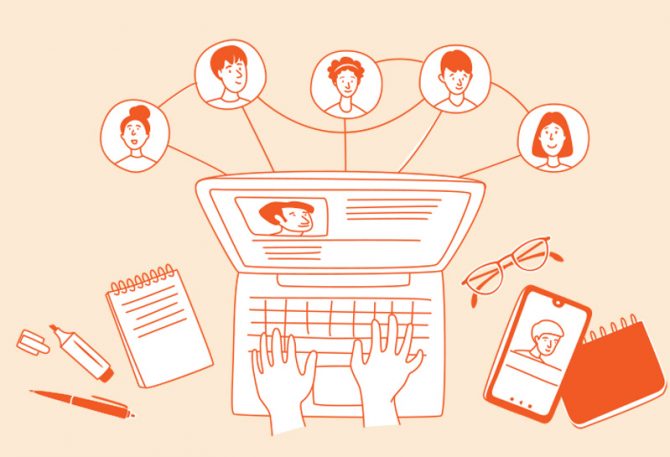 But respected as they might be, the 2012 Ofsted report also highlighted that funding shortfalls resulted in fluctuating quality and provision, so any improvement since has been in spite of continued austerity. Out-of-authority placements, for example – which the same Ofsted report noted as a challenge for virtual school heads at the time – are directly impacted by local capacity.

As a result, Kipling  says that virtual school heads are “probably the most networked people around. They know everyone because they need to lead the local authority’s resources to the benefit of looked-after children.” Resources are limited but, as Andrew says, they are powerful. “The personal education plan and additional funding through the pupil premium-plus make sure that schools and settings and caregivers are maximising the progress of these children.”

Beyond that, one of their most powerful tools is professional development. Virtual heads have been at the heart of a national effort to develop and deliver training in trauma-informed practice. In the Covid context, they spearheaded  events and training about the recovery curriculum. “We had such good take-up from schools,” Andrew says, “wanting to get that knowledge and to think about how they were going to support all children to return to school and be successful.”

We’re probably the most networked people around

But their teams are small. Many don’t directly line manage anyone. Kipling has two people who report directly to him. Yet both are quick to dismiss the idea of mandating or codifying how big their teams should be. They are clear that this can only be determined by local context – the shape and size of local authority administrations being a key determinant.

However, the flip side of such a highly networked and interdependent way of working is that their practice is impacted by every resource allocation across education – to say nothing of the care sector. Any change in accountability that increases exclusions, any change in funding that affects provision, professional development, recruitment, retention and expertise. Any change in zeitgeist that affects teaching or behaviour management. All are likely to be felt first and hardest by their charges. 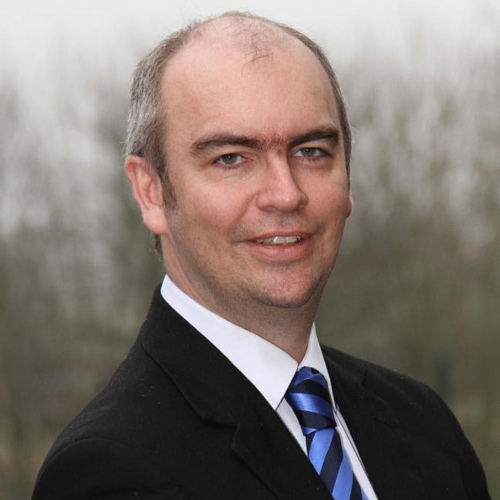 And then there’s the pandemic.

But its consequences on looked-after children may not be what is assumed on front pages and in concerned opinion pieces about lost learning and forgetting how to use a knife and fork.

The coming weeks will reveal the uptake of provision for vulnerable students in the second round of school closures, but the evidence is that the DfE is repeating decisions that kept many away the first time, not least, according to Andrew, the use of the term “vulnerable”. “What family self-identifies as vulnerable and thinks ‘oh they must be talking about me’?”

In essence, for all the DfE hand-wringing, Andrew and her colleagues felt the reality in March last year was simply that “the message had really hit home for families”. But for some looked-after children, it hit home in a different way. “Early on a foster carer told me what a child in her care said when he heard the prime minister. ‘If he wants me to go to school, then he must not care about me, must he?’”

Boris Johnson’s supporters may balk at that, but it speaks to the dangers of generalisation. Children in care and on the edge of care have different needs. The needs of at-risk children are different again, and it isn’t at all clear that school is necessarily the right venue to meet them all. For many Covid has “either exacerbated vulnerabilities or created them when they might not have been there in the first place”, Andrew says.

But she and Kipling want to celebrate carers and to highlight “a phenomenon we didn’t see” through the first closures – “a spiral of care placement breakdown”. In fact, despite “hyper-vigilance and anxiety not being uncommon” among this cohort, Andrew says the extra time invested in supporting them at home without having to navigate school “and all the challenges that that can bring” was a strength. “It nurtured something for them that potentially will be a benefit when they go back into school.”

And the past ten months may have yet another benefit for looked-after children’s educational experience. The recovery curriculum may seem like a long time ago (or a long way off), but Kipling is certain of one thing: the experience of the pandemic has resulted in an increase in empathy for looked-after young people. “When you’ve had to isolate from family members, when you’re hyper-vigilant while out and about in the community and when you’re very conscious of social distancing … our young people experience that when they’re coming to school in the morning, or when it’s break time and they’re going out to a busy playground, or when it’s a bit too noisy and there are too many people around.”

It’s a “very, very marginal gain”, he adds. But if schools engage with virtual schools, then he is confident this empathy can flourish into effective strategies to support young people – and perhaps teachers – with all kinds of vulnerabilities.

To be sure, their role deserves to be celebrated more. Funded more generously too.

And in the meantime, we can honour them by retiring the phrase “vulnerable children”.