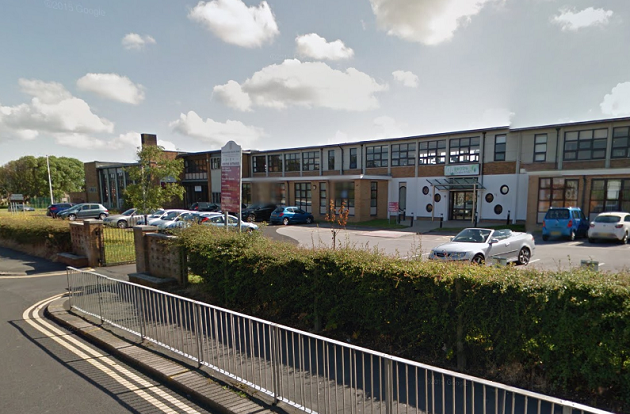 A Blackpool school which was the target of social media gun massacre threats has sought to reassure parents after three quarters of pupils stayed away on the first day of term.

Montgomery High School principal Tony Nicholson has confirmed a “significant reduction” in pupil numbers today after threats were posted on Facebook over the weekend.

Police officers attempted to provide a reassuring presence at the school this morning after a decision to open as normal was made despite the threats, which are now being investigated.

In a statement issued at 1.30pm today, Mr Nicholson said: “Parents can be reassured that there has been a calm and safe start to the day with a full turnout of staff with lessons being taught as timetabled. We completely understand your anxieties and concerns as students, parents and our wider community.”

He said he understood why parents had been “reluctant” to send their children into school, but said he wanted to reassure them that Montgomery was a “safe school”, adding: “We look forward to a return to our usual very high levels of student attendance.”

According to the Blackpool Gazette, a Facebook user who praised Columbine gunmen Eric Harris and Dylan Klebold and said they were a “huge inspiration” for what was dubbed #MontyMassacre, has since deleted their account.

Another post had read: “On Monday, the bullies will be sorry when I go into school with a gun. I’ll kill as many people as possible.”

Lancashire Police said on Friday that there was “nothing to suggest” the threats were credible but it will continue providing “a reassurance presence” in and around the school.

The force confirmed today it was “in the process of pursuing a number of strong lines of enquiry”.

Since the threats were identified over the weekend, pupils have been offered counseling by council social services teams, while extra staff from school sponsor the Fylde Coast Academies Trust have been sent in to help.