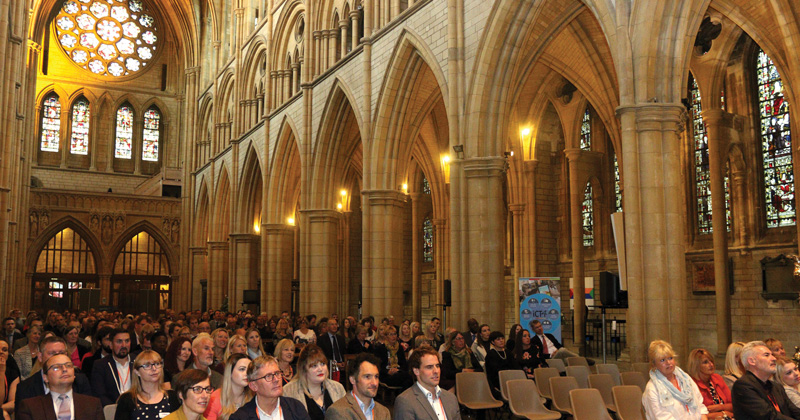 Sixteen awards were on offer at the event, including ‘outstanding headteacher’, ‘governor of the year’ and ‘outstanding student wellbeing initiative’, as well as the coveted ‘lifetime achievement award’.

This last title was presented to Helen Campbell, the headteacher at Pencalenick School in Truro, who was praised by judges for her ability to deal with a crisis, as well as her pastoral support.

“This is the final year of a career selflessly dedicated to giving fulfilment to others, and Helen deserves recognition for a life’s work,” the judges said.

The title of ‘school of the year’ was awarded to Penair School for its community spirit, with ‘headteacher of the year’ given to Mike Deacy from Oak Tree School for his inclusive leadership style.

The event’s keynote speaker was Lisa Mannall, the regional schools commissioner for the south-west, and Trevor Lee, the managing director of Trevor Lee Media, hosted the event.

“We hoped that this year’s event would be even bigger and better than last year’s, and it was. Truro Cathedral was filled with such worthy winners – it was a fabulous and emotional evening,” said Nikki Baron from marketing company EMPRA, who organised the event.