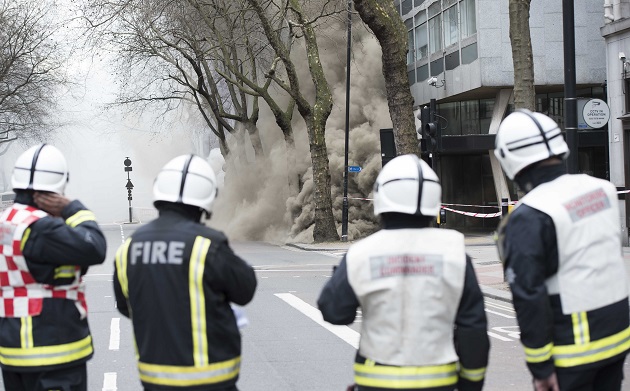 The central London offices of three education organisations, including Ark Schools, remain closed this week following an electrical fire under a nearby pavement.

Workers at the head offices in Kingway share the same seven-floor building as education charities Future Leaders and Teaching Leaders.

Staff in the three offices were among 5,000 people evacuated from buildings after smoke was seen emanating from an inspection cover last Wednesday. The fire was put out on Good Friday, but a number of businesses in the area are still without power.

A spokesperson for Ark said emails and landlines were affected “but we are keeping staff and our schools updated via text message and phone and updating our twitter feed @arkschools and our website arkschools.org.

“We have contingency plans in place to deal with any issues that may arise during this period and will reopen as soon as it is safe to do so.”

The office would remain closed for the rest of this week, he added today.

Teaching Leaders is a charity, which delivers middle leadership development programmes to schools in challenging contexts. It has 42 staff in its Kingsway office.

External relations director Harriet Barclay said that she had “arrived at the building and smelled smoke”.

“We all went back to work and then we suddenly realised the fire was getting bigger and bigger. I was with the chief executive James Toop, and we decided to get everyone out.”

She added: “Luckily we have just switched to using laptops so that we can work out of the office, so we sent everyone home and it was all quite calm, but a bit bizarre.

“What we don’t have is access to emails and landlines, but all our internal intranet is working.”

The Future Leaders Trust provides headteacher training and school leadership development for middle and senior leaders. A spokesperson said none of its 50 staff were hurt in the incident, and it was waiting for information from its facilities manager to see when it can open up again. “We are not going to be in Kingsway for the rest of this week, and we are waiting to find out what happens next week.

“Staff have mobile phones and access to emails, and anyone wanting to know more about the Future Leaders programme can still call candidate services on 0800 009 4142, though there will be a reduced service”.

Multi-academy sponsor Oasis Community Learning, based nearby in Millbank Tower, has helped out by providing temporary office space for some staff. Other staff have based themselves at the Future Leaders Trust regional offices during the closure.