Some of the biggest multi-academy trusts have managed to ride out Covid’s toll on their finances – using savings, donations and reserves to pump millions into catch-up schemes and laptops.

But lockdown has also cut some schools’ operating costs, with one trust saving £760,000 on educational supplies, freeing up cash to reinvest in schools.

“Undoubtedly, working in a MAT has shown itself to be the most resilient,” said Leora Cruddas, chief executive of the Confederation of School Trusts. She highlighted not only financial management but also external support with challenges such as shifting learning online.

She said there was some “limited evidence” the pandemic could encourage more standalone and small trusts to join larger ones, but it was “too soon to tell” Covid’s economic legacy for schools.

On average the trusts saw a £979,000, or 30 per cent, year-on-year fall in self-generated revenues, such as facility hire, catering, nurseries, trips and clubs, in the financial year to August 31. The government does not reimburse such losses under its exceptional costs scheme.

At Academies Enterprise Trust (AET), income from trips slid by £1.6 million, a 63 per cent decline, and receipts from hiring out facilities fell by £740,000, a 43 per cent drop.

Some cash owed to schools even went unpaid. Delta Academies Trust’s total trading income rose, but it missed out on £12,000 in lettings income after a company collapsed.

Reserves used to cushion the blow 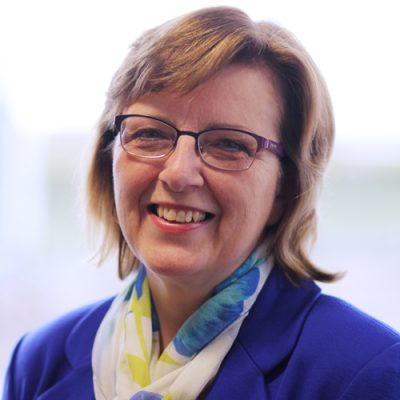 “There’s an assumption schools can absorb this, but it’s wrong,” said Julie Cordiner, who runs the School Financial Success advice website. “They’ve given an extra £7.1 million over 3 years but not all schools are getting a fair slice of that because of the transition to the national funding formula.”

More cash for catch-up from savings

But the impact on school finances has not been entirely negative. Some trusts have also been more able to absorb costs than others.

“We only hear about schools that have extra costs, but some actually made savings,” added Cordiner.

A United Learning spokesperson noted lower income and extra costs, but added: “We managed our costs properly and so we also made substantial savings which meant we have stayed in financial surplus through Covid.”

As a result, they’ve spent £2 million on buying Chromebooks – distributing over 20,000, so every student could access remote lessons.

“We will also now be able to put an extra £3 million into catch-up for the next year on top of government funding, so that young people can catch up fully,” the spokesperson added.

AET spent £2 million on remote learning, taking its stock of Chromebooks and other devices to 16,500. Another £4.1 million was earmarked for catch-up support, including mentoring for 8,000 children who needed extra help.

“Covid-19 has been challenging for the sector financially, but strong academy trusts have managed it well,” said a spokesperson for the trust.

A small number of trusts could even tap wealthy donors.

Reach2 used a commercial partner to apply for £318,000 in grants, though it had only secured £34,000 when its accounts were filed.

The Harris Federation fundraised £3.3 million, more than doubling its 2019 tally. It included a £1.6 million “hardship fund”, bankrolling two-week summer schools, laptops, supermarket vouchers and craft materials for pupils in need. Families facing hardship were encouraged to “ask for what they needed.”

“There’s a big divide between the likes of Harris who have contacts with rich and prominent people, and your average little primary school,” said Cordiner. “It’s the haves and the have-nots.”

Some large MATs still secured government support, such as £795,000 in exceptional costs grants at Harris and £282,000 furlough grants at United Learning.

But Jenna Julius, senior economist at the National Foundation for Education Research, noted academies were less likely to have sought exceptional cost funding from the government than maintained schools.

She said it could reflect their stronger finances going into the pandemic, with schools only eligible if the alternative was draining reserves unsustainably.

A survey earlier this year found the average multi-academy trust ended their financial year with reserves £25,000 higher, not lower.

Education Policy Institute research in 2019 also found the average academy was less likely to be in deficit than the average maintained school or standalone trust.