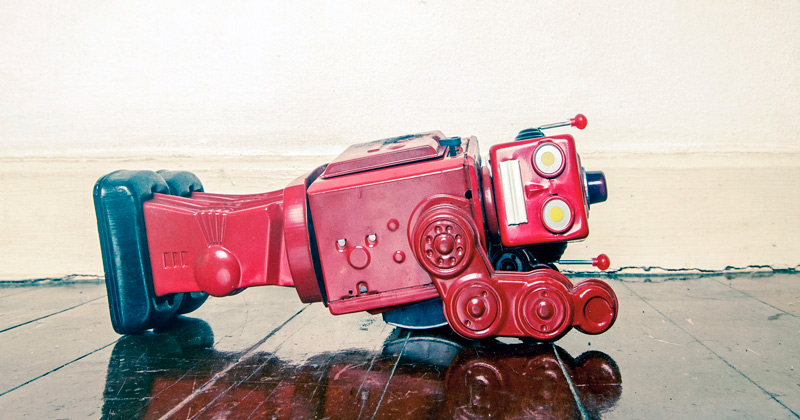 The title of Graham Greene’s 1960 novel A Burnt-Out Case refers to an unusual medical condition: lepers who have lost all physical sensitivity to pain, so continually mutilate themselves.

But the point of the novel is that the protagonist suffers the psychological equivalent of that disease. He has been ground down by his life and lacks any zest for it. He is burned out in another way – the way we understand the term today.

In 2018, the phrase “burned out” is generally used to describe workers who withdraw from work after a period of long-term unresolved stress. But how common is burnout in the teaching profession, and is it a worry?

Last week, during what was the sixth week of term for most teachers, we asked over 2,500 users on Teacher Tapp to tell us about their current levels of exhaustion. We found that 10 per cent – that’s one in 10 teachers – are already experiencing symptoms of burnout “that won’t go away” and which prey on their minds.

A further seven per cent say they feel “completely burned out and wonder if they can go on with the job”. Added together, that’s 17 per cent of teachers – or, to put it another way, on an average corridor with six teachers, one is struggling with burnout.

In my last Schools Week column I wrote about the extent to which bad behaviour causes problems for new teachers. From this, you might jump to the conclusion that newbies are therefore the most burned. But that’s not what the data shows. Actually, it’s those who have been in the job between five and 10 years who seem to suffer the most.

Teachers in these years also struggle more with work-life balance as they juggle the responsibilities of leadership while maintaining a reasonably heavy teaching load (plus, they are usually within the key age group for having young children). Of this group, only six per cent say they are happy at work and have no feelings of burnout. For headteachers, that figure doubles to 12 per cent.

Seeing this data has made me start to think of teaching careers as a form of gladiator training. It’s almost as if, for the first five years, we send all the behaviour issues your way. Then, if you make it through, you get to battle workload mountain. Finally, cling on long enough and you get to wear the headteacher’s crown. And all is fabulous. Well… almost.

Secondary headteachers consistently show up as being the happiest groups on a range of measures. If they are also married to another headteacher, and don’t have children, they seem the happiest of all! This is despite the fact they report working much longer hours than the average secondary schoolteacher. Suggesting that work type and autonomy is more important than workload.

Alas, primary headteachers are not so lucky. While only six per cent of secondary heads said they feel fully burned out, that figure more than doubled to 13 per cent among primary leaders.

Why might this be? Over the past year, the Teacher Tapp team have either worked in, visited or spoken at schools across the country, and the same pattern keeps emerging.

While secondary heads have a plethora of senior leaders to lean on, primary heads are often expected to do an expanding number of jobs without support. Delegation is easy when you have administration staff and a heap of assistant heads. It’s hard when you’ve already cut back on every additional pair of hands and safeguarding referrals are escalating because local health and social services are suffering.