Fifteen years ago I met a vicar in a bar in Oxford who had spent 20 years working in prisons with violent male offenders. He told me that the youngest ones only had two shots at turning their lives around.

“Either they find Jesus, or their girlfriend gets pregnant and they suddenly get the preciousness of humanity,” he said. “That last one is risky, though. Sometimes it makes them realise how badly they’ve hurt other people and they give up altogether.”

His comments stayed with me as I went into teaching and found myself dealing with a small number of pupils already on track for future detention at her majesty’s pleasure.

Among that group only two seemed entirely lost: dead behind the eyes, empty in their hearts. It slayed me every time I noticed it. And I tried everything: tough love, caring love, personalised attention, harsh reminders that society wouldn’t put up with this behaviour, detentions, encouraging feedback, the whole gamut.

And yet, and yet.

In the years since I taught those pupils I’ve often wondered if either found religion or a pregnant girlfriend. Unfortunately I think it’s more likely they found the end of someone else’s knife.

On Tuesday, the schools minister Nick Gibb was rightly called to account for the government’s fairly limp actions on pupils who are permanently excluded from schools and placed into pupil referral units. Most future prisoners come from within this group, and their educational outcomes are poor. Just one per cent of excluded pupils receive five passes at GCSE including English and Maths. Ninety-nine in every hundred enter the world without those basic qualifications, and with an exclusion on their school record. It’s not entirely surprising they end up in prison.

And yet, and yet.

The problem for Gibb, and for all of society, is that we don’t really know what to do about this fact.

In the same way that we struggle as a society to know what to do with people who have dementia, who are suicidal, or who have long-term chronic fatigue, we all shuffle around the problem hoping that by talking about some other proxy – money, delivery targets, accountability – that we can get away from the reality that some genuinely shitty things happen and we don’t know what to do about it.

With exclusions and prisoners, one approach is to say that we should divert the cash for prisons into more nurturing activities. The broadcaster Afua Hirsch wrote in The Guardian last year that a place at Rainsbrook secure training centre for young offenders costs over £160,000 per student. Rugby School, the top independent establishment, just down the road from Rainsbrook, only charges around £30,000.

I desperately wanted my challenging pupils to be perfect, but they’d have been every bit as difficult at Rugby as they were in our school. The reason why Rainsbrook costs so much more is that it involves more supervision, more restraints, more locked doors. That’s sad, and not how anyone wants it to be, but the hope that nurturing more will fix things isn’t enough.

Gibb’s brightest idea in the session was that if schools are stricter early on then children get more used to behaving and never need to be excluded. But as one alternative provision leader said to me after hearing about this sort of logic: “That’s a great approach, but how would he cope if – as has happened to me – a kid climbs up on the roof, takes a shit, wipes his arse with a sock and then hangs it off the edge shouting SMELL THIS, SIR? That kid doesn’t give a stuff for your rules, so then what?”

While the colourful details of this story are the bits that will stick in your mind, the important words are “so then what?” Because, being blunt, that’s what we don’t necessarily know. All across the country, teachers, leaders, PRU workers, support staff and mental health workers are tearing their hair out trying to get kids who are violent, desperate and disengaged to stay on the straight and narrow. But strong, practical knowledge of how to do this is little-known, little-shared, and little-evidenced.

The upcoming Timpson Review will help; it is going to gather best practice. More important, perhaps, is the work of The Difference, the charity seeking to get teachers to move from mainstream and work in PRUs so they can help build this knowledge and then return to the mainstream and share it. If nothing else, it will at least mean an influx of qualified teachers into a sector that is currently running at twice the number of unqualified and temporary teachers compared to the mainstream.

It is okay that we do not yet have answers to this problem. I don’t blame Nick Gibb for not having solved something that no government has solved in a hundred years.

But we’ve got to start seriously trying. Jesus needs a back-up plan. 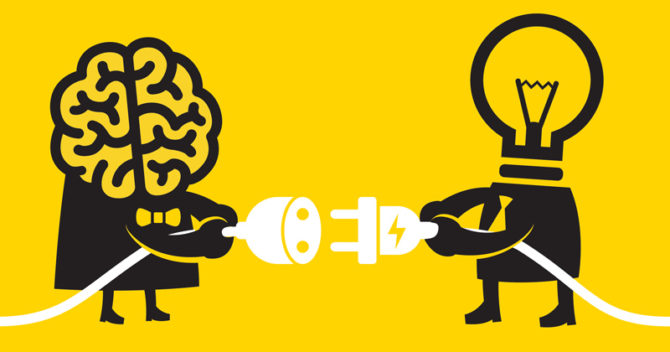 Après SKE. What next for Subject Knowledge Enhancement courses?