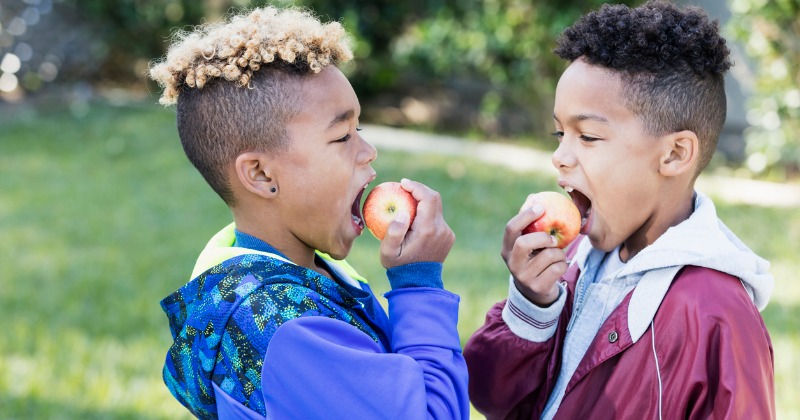 A programme that provides free activities and food during the summer holidays will be extended nationwide and cover both Christmas and Easter next year, the government has announced, in another major victory for footballer Marcus Rashford.

The Department for Work and Pensions announced today that a £220 million extension of the holiday activities and food (HAF) programme will form part of a raft of measures aimed at tackling poverty.

The measures also include a £170 million Covid winter grant scheme to allow councils “to directly help the hardest-hit families and individuals, as well as provide food for children who need it over the holidays”.

Under the extension of the HAF programme, provision will be available for disadvantaged young people “in every local authority in England”.

The programme has been at its pilot phase since 2018. This summer, 10 projects working in 17 local authority areas split £9 million in funding to provide holiday activities and free meals.

The announcement of the extension comes amid growing pressure on ministers to extend free school meals provision over more holiday periods following a campaign led by England footballer Rashford. Vouchers were provided over Easter, May half term and summer holidays this year, but the government refused to do the same over the October break.

The funding works out as around £157 for each of the 1.4 million pupils entitled to means-tested free school meals in England.

The government said this summer’s pilot supported around 50,000 children across 17 local authority areas. However, no formal analysis of the pilots has been published since 2018.

The announcement has prompted a lukewarm response from headteachers’ unions.

Nick Brook, deputy general secretary of the NAHT said that while welcome, the extension of the programme “falls short in addressing fully the issue of holiday hunger”.

“Whilst we would strongly encourage all eligible children to take part in activities during holiday periods, we would question whether provision of food to those going hungry should be dependent upon them attending an activity, which for a whole host of reasons might not be suitable, available or accessible for particular groups.”

Geoff Barton, general secretary of ASCL, said he “would like to see more detail about the longer term plan to greatly increase the funding available for the holiday activities and food programme”.

“It will be important to ensure that children in the greatest need benefit from this programme and we will be seeking assurances about the processes to ensure this will be the case. It is a huge spending commitment so it must be delivered as effectively as possible.”

Under the £170 million Covid winter grant scheme, councils will receive additional funding in December to help struggling families until March.

The government said the funding would be ring-fenced, with “at least 80 per cent” earmarked to support with food and bills.

The DWP has also announced its healthy start programme, which provides vouchers for things like milk, fruit and vegetables for poorer families with children under four, will also become more generous, with voucher values rising from £3.10 to £4.25 per week from April.

“We want to make sure vulnerable people feel cared for throughout this difficult time and, above all, no one should go hungry or be unable to pay their bills this winter,” said work and pensions secretary Dr Therese Coffey.

But Kate Green, the shadow education secretary, said the additional help “should have been announced weeks ago to help the children at risk of going hungry over half term”.

“This announcement is a necessary starting point, but ministers must ensure no child goes hungry, and bring forward a long-term strategy to tackle child poverty that was rising under this government even before the pandemic.”