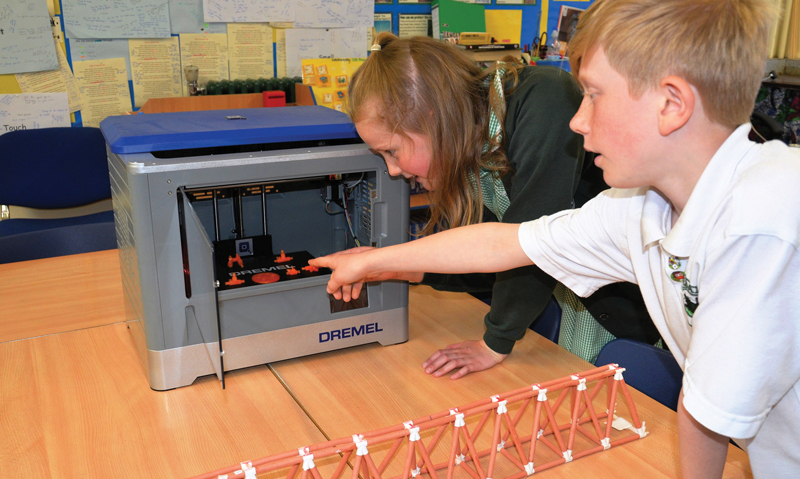 Children from a school in Liverpool have put their own touch on the famous Anfield football stadium by designing and building a model of its new roof truss.

Pupils at Dovedale primary school used the latest 3D printing technology with engineers from the University of Liverpool to create the model of the truss, a giant metal structure of 650 tonnes and a key feature in the redesign of the home of Premier League giants Liverpool FC.

Once completed, the children tested the structure by suspending it between two tables and gradually adding weights until it collapsed.

Andrew McLaren, a year 5 teacher at Dovedale, says it was an “extremely fluid” process that “gained real momentum and culminated in the children producing fantastic work.

“In addition to working as a team, they became more independent in both thought and action. It was a real joy to see them develop throughout the project.”

Picture: Patrick Wolsey and Delilah Murphy use the 3D printer to make the roof truss