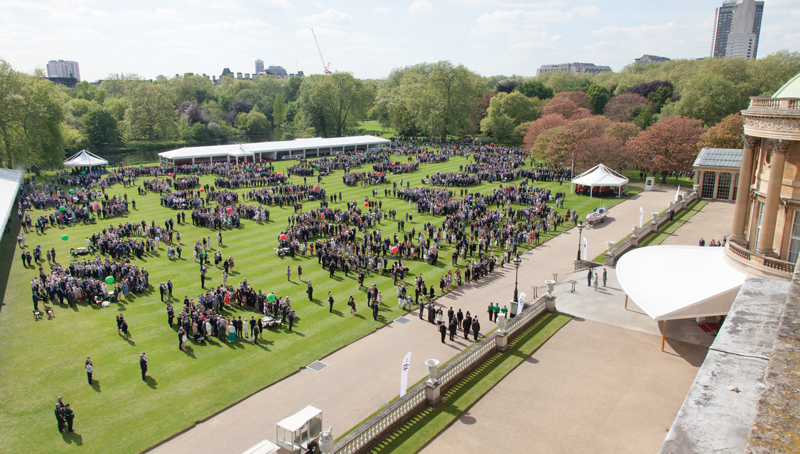 More than 1,000 young people were recently presented with their gold Duke of Edinburgh (DofE) awards at Buckingham Palace.

The ceremony, which marked the award’s diamond anniversary, celebrated this year’s challengers who had to raise at least £60
for the charity.

More than 50 presenters, including adventurer Ray Mears and singer Ronan Keating, were on hand to congratulate the pupils.

An all-female rowing team (who were also the first team of four to cross the Pacific) brought along their pink boat Doris, and shared stories of team-working and determination from their 257-day expedition last January.

Peter Westgarth, chief executive of the DofE, says: “We know that achieving a DofE award changes lives; opening doors to employment and education; enabling young people to build strong relationships; and introducing them to a broad range of interests.

“The gold award achievers collecting their certificates today are testament to that.”