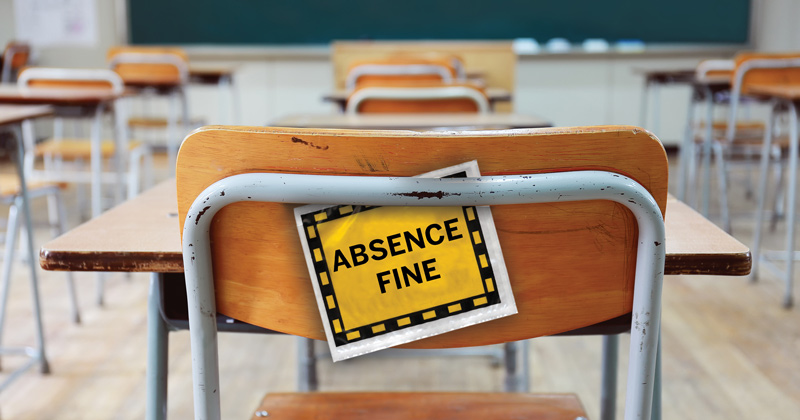 Pupils from the most disadvantaged backgrounds will suffer if the government does not enforce mandatory attendance in schools, the education secretary has claimed.

Responding to a question from Schools Week at the Downing Street press briefing on Thursday, Gavin Williamson said if the government did not have an expectation of “every child to be in school unless there is a good and proper reason for it”, some of the children “from the most disadvantaged backgrounds are the ones that are going to suffer”.

If we want to make sure that those people from the most disadvantaged communities do not suffer, and make sure children broadly do not suffer, we have to be clear that attendance at school is something that is expected of every child unless there is a good and proper medical reason

Schools were told to record every absence as authorised during the coronavirus outbreak and partial school closures.

However, ministers have said they intend to get all pupils back in September, with Williamson confirming that absence fines will begin to be issued again in the autumn.

But many parents’ determination not to send their children back in September could put headteachers in a difficult position, as it is they who decide whether to record an absence as authorised.

“The desire to bring everyone back to school, as soon as it is safe to do so, is correct. But fines are too blunt a way of making this happen,” said Paul Whiteman, general secretary of the NAHT.

Asked whether heads would be penalised for approving absences of pupils whose parents kept them at home out of fears for their safety, Williamson insisted fines were “not the first step that schools move to” in terms of absences.

“There’s a whole series of steps, working with local authority guidance, to be able to work with those families to deal with those concerns and make sure that you have attendance of all children.

“But if we want to make sure that those people from the most disadvantaged communities do not suffer, and make sure children broadly do not suffer, we have to be clear that attendance at school is something that is expected of every child unless there is a good and proper medical reason for them not to be in attendance.”

The Department for Education is also facing calls to clarify what will constitute a “good reason” for absence in September. In normal times, children are only allowed to miss school if they are ill or if they have advance permission.

The government is expected to publish more guidance once schools reopen, and has indicated that it will still be up to heads whether or not they authorise absence.

Geoff Barton, the general secretary of the Association of School and College Leaders, said fining parents for pupils’ non-attendance in September was not the right approach and the government “should not expect schools to take this action.

“There will be many frightened and anxious parents out there, and this is very much a case of building confidence that it is safe to return, rather

than forcing the issue through the use of fines.”

He said the government “must show a greater understanding of the realities of the situation. We would recommend that there is a period of grace while normal patterns resume.”

Some headteachers have already said they will rebel. Chris Dyson, the head of Parklands Primary School in Leeds, tweeted: “For the record I WON’T be issuing fines, I will authorise absence. The fact less than 50 per cent [of] parents have trust in you to send them to school speaks volumes. Threatening won’t help.”

The DfE would not comment when asked whether heads would face sanctions if they authorised absences en-masse for pupils of parents who refused to return their children to school on safety grounds.

“We will ask schools to work with families to secure full attendance from the start of the new term, as this will be essential to help pupils catch up on missed education and promote their wider development,” a spokesperson said.

“As usual, fines will sit alongside this as a last resort where there is no valid reason for absences.”