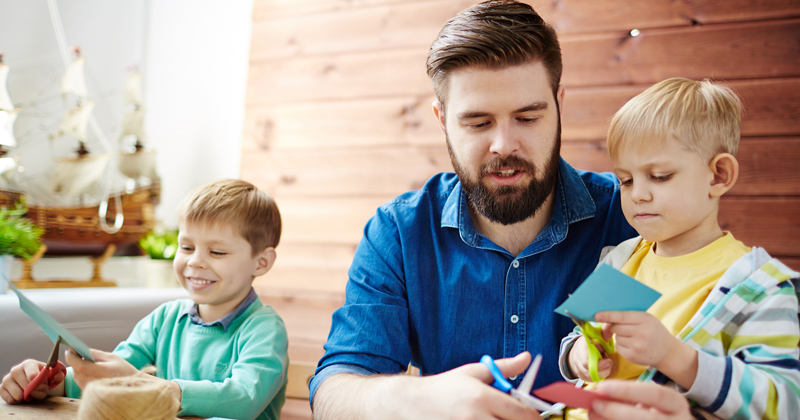 The government must tackle the perception that early years education “lacks status and importance” and attracts lower pay to attract more men, according to James Bowen, who represents middle leaders at the union.

Currently, just three per cent of those who teach two to five-year-olds are men, and heads say more male role-models are needed for younger pupils.

My school has a male in-house storyteller, artist and musician. This gives all children in the early years, but particularly boys, more diverse examples of all the things men and boys can be interested in

“Early years education is one of the most vital moments in a child’s education, and the point at which attainment and life chances can be set,” said Bowen, head of the NAHT Edge section.

“A diverse early-years workforce can help children, especially those from deprived backgrounds, to visualise their futures and fulfil their educational potential. It’s important for all children to experience positive male role models, and to understand that men can be interested in education, science or reading, just as much as in football.”

NAHT wants the Department for Education to recognise “the importance of early-years’ representation on school senior leadership teams and governing boards” and to introduce a stronger focus on early years pedagogy to initial teacher training.

The union hopes this will “protect, strengthen and improve” the quality of early-years provision in schools, and encourage governing boards and senior staff to “value and recognise” teachers and leaders.

The motion will be put to the conference by the union’s early=years sector council, which has been working on the topic for some time. The council has also participated in a government task-and-finish group, which conducted an in-depth review into the shortage of male teachers in early-years education.

“The need to attract more men into this critically important phase of education cannot be ignored,” said Sally Bates, head of Wadsworth Fields Primary School in Nottingham and a member of the council. “Young children need male role-models, boys need to see education settings as reflecting their interests.

“The problem of society being suspicious of men working in this sector means that recruitment is low and this perception needs to be loudly challenged at every level.”

Adam Robbins, deputy head teacher of Roding Primary School in London, said there are many ways to provide male role models that promote interests beyond stereotypes such as sport.

“My school has a male in-house storyteller, artist and musician. This gives all children in the early years, but particularly boys, more diverse examples of all the things men and boys can be interested in.”

When did schools ban corporal punishment?